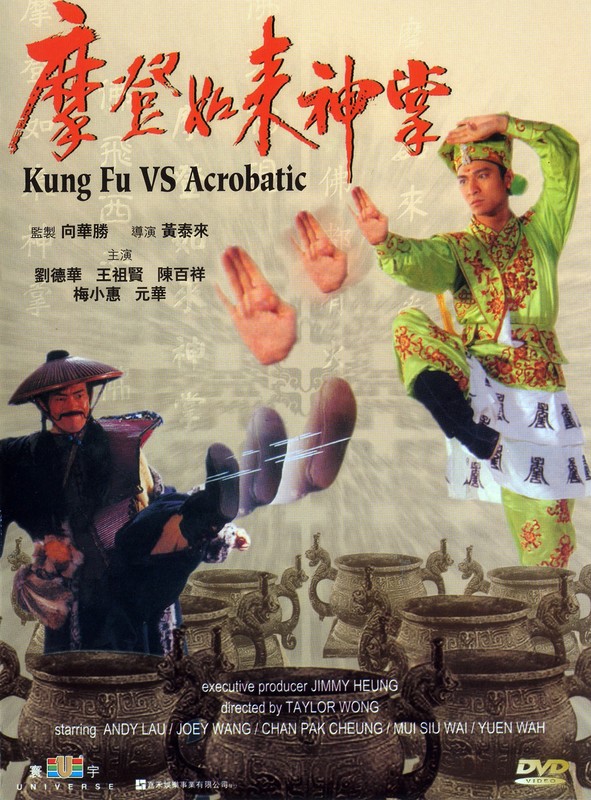 Andy Lau & Nat Chan are unhappy with their jobs, so they decide to smuggle antiques from China whilst on a business trip. In the process they discover an ancient tomb where Joey Wang and her hand maiden have been sleeping for 700 years, and somehow awake them. They also wake Yuen Wah in the process, who was frozen in the tomb at the same time and who wants to kill them. They take the girls back to Hong Kong where they think they'll be safe, but Yuen Wah is not a villain who gives up easily. Joey teaches Andy some mystical kung fu that he might save them all.

The film is vaguely reminiscent of Iceman Cometh with a bit of role reversal going on. The plot leaps about with little attention paid to where it's heading, although this could be a subtitle issue as is so often the case. Probably not though :-) There's some fish out of water, with Joey's hand maiden being the main fish. Joey herself adapts quickly. Andy & Nat are an unlikely pair of heroes, both being quite selfish and unpleasant for the main part. There's absolutely zero kung fu in the film, but quite a lot of Peacock King style special effects that are quite well executed. There's some very amusing bits - mostly from the handmaiden (Mui Siu Wai), who I have to say steals the show when given free reign.

Yuen Wah is demented as the villain once more, demonstrating acting skills that make it clear why he's never had a lead role. He also did the action choreography, but there's not a lot of it really. Neither kung fu nor acrobatics.

Overall, it's a fairly jumbled and mixed up film that doesn't live up to the title, but provides some pleasant amusement regardless. There's a time I would have loved it for the sheer amount they try to cram into the run time, but I guess I tend to look for a bit more these days