Directed by
6/10 - Pretty good fun in a mindless way 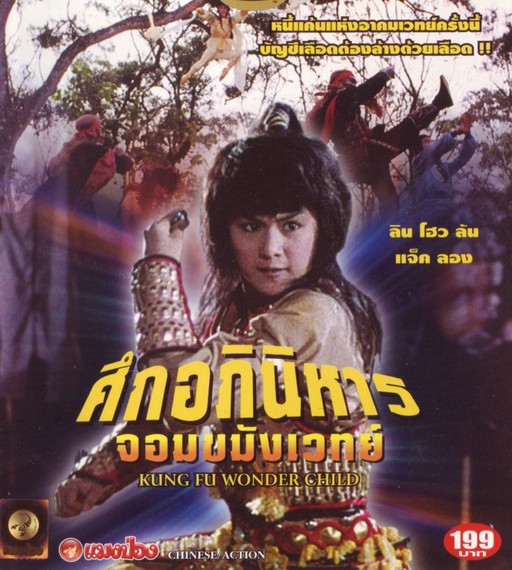 The martial arts genre in Hong Kong basically imploded on itself in the mid-eighties, as film-makers upped the ante on special effects, wire stunts and general craziness until they and the audience made themselves dizzy. Taiwanese film KFWC is a product of the times, mixing the madcap wu xia action of films like Holy Flame Of The Martial World and supernatural elements and rituals from films like Mr. Vampire, then shaking the whole thing vigorously for about 90 minutes.

The plot is ultimately quite simple, but delivered in such a manner that after watching it you're not much wiser as to what it's about than when you started. Basically there's some bad guys doing evil black magic, a good guy hiding in their martial arts school who wants to stop them, and some other people that get caught up in the business. And some ghosts. And some vampire kids who are in the opening scenes then disappear because they had nothing to do with the plot :p

The film has quite a bit of the comedy that was popular in the eighties - people with funny facial hair doing stupid things, which are meant to make us laugh but don't offer any convincing reason to do so. It also has quite a bit of action, featuring wire stunts galore and lots of special effects (i.e. fireworks and bad makeup). It moves along at a brisk pace, though I'd have been happier if they'd sacrificed the comedy skits in favour of telling the story more coherently.

Production values on the film are pretty low, but it's cheesy and cheerful and pretty good fun in a mindless way.