Directed by
Genre
Not as bad as all that 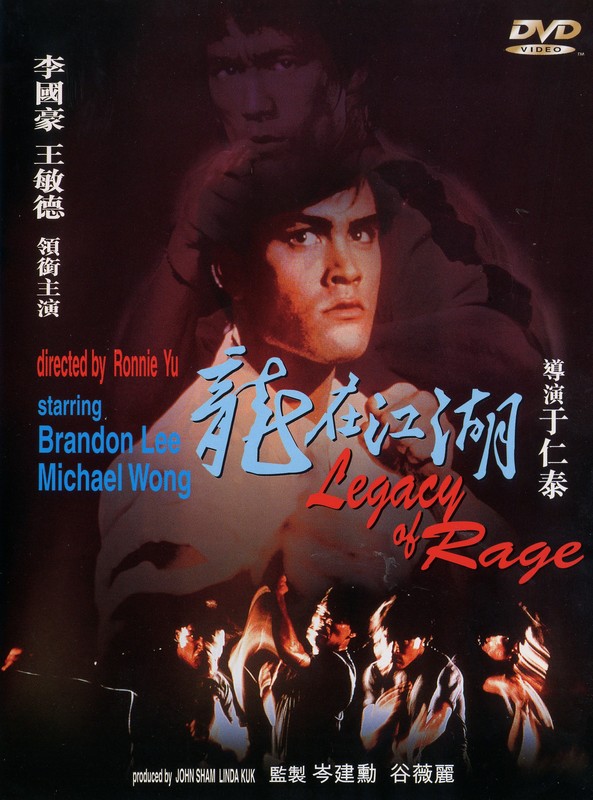 There was a brief period in 1986 when Michael Wong was actually quite good - a period that produced the classic Royal Warriors and this lesser work at least. Here he plays a bit of a scoundrel, and is genuinely ok. Not annoying at all!

I'm still glad he's not the lead in LEGACY OF RAGE though - that honour goes to Brandon Lee, in his only Hong Kong movie appearance (and one of the very few movies he made total). Lee is pretty good too, with charisma and conviction that might not be up to papa's levels, but could have been enough for a decent career in action movies.

Apart from the cast, there's little to really distinguish LEGACY OF RAGE from any number of other Hong Kong action movies of the eighties. Buckets of melodrama, some cars, some explosions, a bit of kung fu and a lot of bullets. It's quite a well executed example though. The plot is perfunctory but coherent and moderately interesting, the acting's pretty good, pacing's good. It's a shame there isn't more action - and that the action we do get isn't a little bit better. It's not bad, but certainly not equal to Mang Hoi's choreography in ROYAL WARRIORS the same year. The finale does feature some insane gunplay and car stunts though

Not a remarkable movie, but a decent enough 80's style HK movie - and there can never be too many of those!