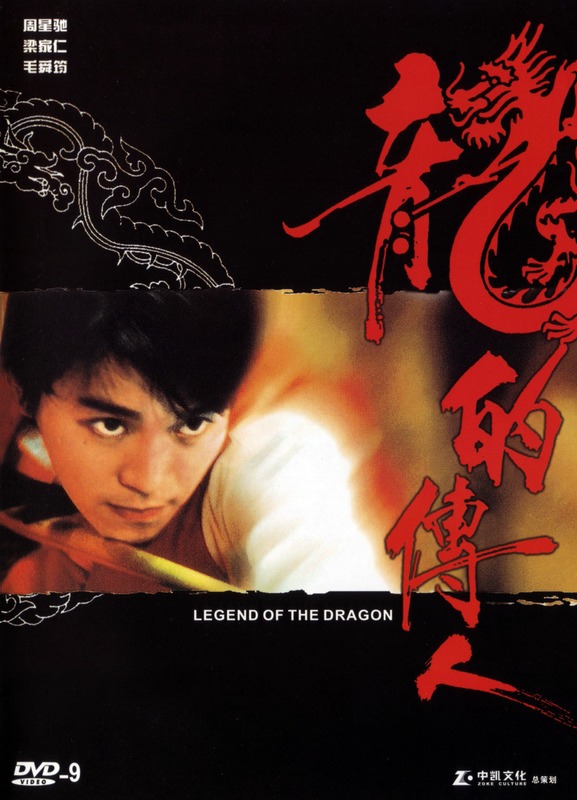 Sticking broadly to the same formula as All For The Winner, but with the nonsense toned down, LEGEND OF THE DRAGON is a solid Stephen Chiau film but offers little that wasn't done better in his other films, except for some impressive snooker playing.

Chiau plays a good natured but naive kid who grew up in Tai O, where his father (Yuen Wah) is the village head and kung fu teacher. He follows his brash uncle to Hong Kong with instructions to "make it big", which seems in little danger of occuring until his skill with a snooker cue is revealed. His uncle exploits him to make money, but ends up betting the family land in Tai O to some gangsters - who hire world champion Jimmy White to play on their side. Will the small fish be able to survive in the big city pond?

The tale is familiar and Chiau's character especially so, but the film never reaches the heights of free-wheeling invention and parody of his better films. Chiau is charismatic as ever, and Theresa Mo has a great supporting role, but the show is definitely stolen by Yuen Wah - for once not playing a villain. Lee Hoi-San and Shing Fui-On both have nice small parts, and Amy Yip has a couple of big ones... boom boom :p

Despite a few really great scenes, LEGEND OF THE DRAGON fails to raise quite enough belly laughs to leave much of a lasting impression - but it's a pleasant enough way to spend 90 minutes.