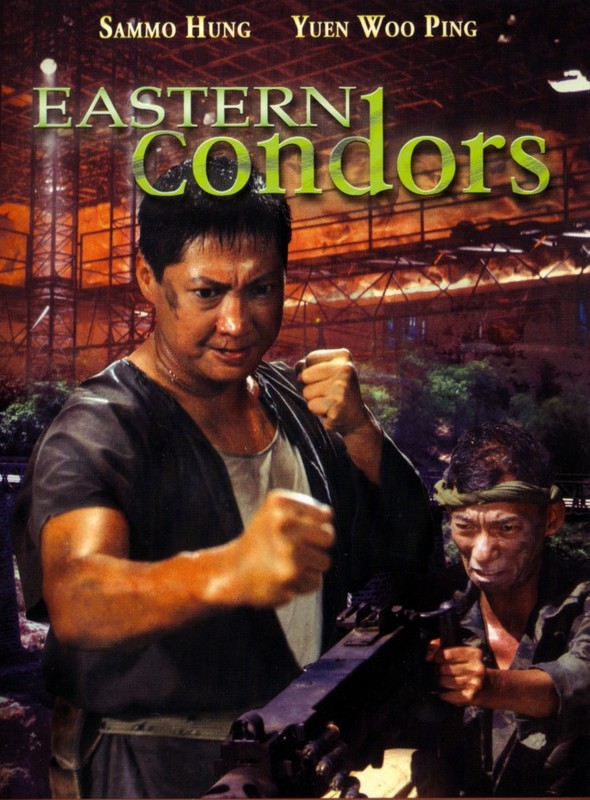 At the end of the Vietnam War U.S. forces leave the country in defeat and disarray, leaving behind what they can't carry or dump. Some time later the military put together a mission to enter Vietnam and destroy a cache of missiles before the Viet Cong get hold of them.

To maintain deniability, they recruit a group of Chinese-Vietnamese criminals serving time in U.S. prisons, give them a little training and send them into enemy territory with a promise of freedom and wealth if they complete the mission ... and survive to collect their reward.

Sammo Hung clearly took inspiration from American films like The Dirty Dozen, The Deer Hunter and Rambo II for his war film, but it's served up in an unmistakably Hong Kong style. Although it was clearly low budget compared to most Hollywood films and hence can't truly be called "epic", it seems to have been pretty high budget by Hong Kong standards and looks superb, making great use of the locations it was filmed in (the Philippines, standing in for Vietnam).

The cast features many of his regular collaborators and stunt team members, making it one of the finest collections of action heroes 1987 had to offer, with three of the best action directors of the era just in the cast - Sammo, Yuen Wo-Ping and Corey Yuen - so you know the action is going to be good.

And so it is, with intense combat scenes full of explosions and machine gun fire broken up by guerrilla combat in the jungle and a showdown in a military bunker where the actors get to demonstrate their physicality a bit more.

Sammo Hung shows off his talents as both director and performer with some creative action moments, and gives Yuen Biao a chance to shine with some of the most acrobatic and impressive moves in the film. Both are almost outshined by Joyce Godenzi though, with an intense performance as the fierce leader of a group of Cambodian counter-revolutionaries sent to assist the mission... she's so impressive here that Sammo had to marry her.

I assume that's how it works.

Even Joyce almost has the film stolen from her by Yuen Wah though, who puts the limited screen time he has to brilliant use, crafting a memorable villain with a unique character and style despite only speaking a single word in the whole film.

The rest of the cast all get their moments in the sun at some point, and even Billy Lau manages to successfully turn his insufferably annoying persona into a virtue for once.

Thanks to its impressive cast and high production values EASTERN CONDORS is much loved, often being listed as people's favourite Sammo Hung film or amongst the best Hong Kong films of all time.

I don't rank it quite that highly myself - sure it's a fine film with some great action, but I don't consider it the equal of films like Encounters Of The Spooky Kind, Prodigal Son or Dragons Forever. Sammo has made a lot of amazing films to be fair, so even being a second rung entry in his filmography is certainly nothing to be ashamed of.