Directed by
Genre
Better than most other movies 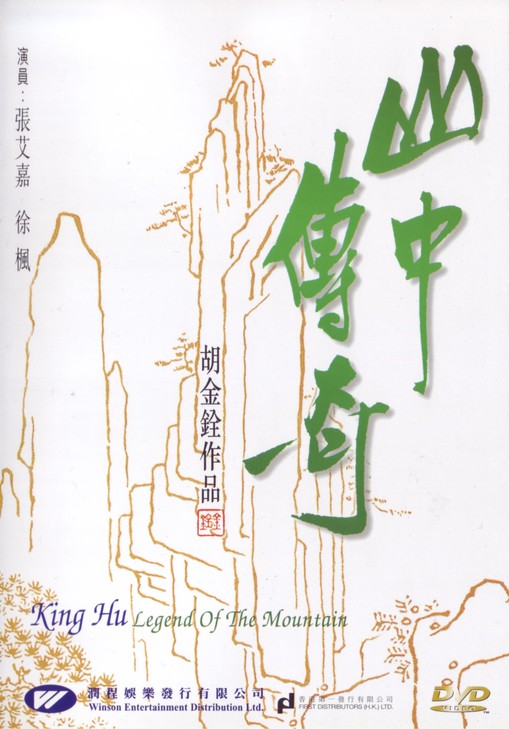 Any review of LEGEND OF THE MOUNTAIN is bound to include the phrase "It's not as good as A TOUCH OF ZEN". Since this true of almost any movie ever made, it seems unfair to hold this against Legend... just because it's by the same director. So instead, let us say "Legend Of The Mountain is a damn sight better than most other movies".

The movie starts of in a way reminiscent of A Chinese Ghost Story, with a young scholar walking through lucious mountain terrain, where one of the first characters he encounters is a young lady playing a flute... who mysteriously disappears when approached. It plays out quite differently though. The scholar has been sent by his sifu to the fortress of a general, where he should be able to find a quiet place to translate a powerful sutra. Very much so, in fact, as the place appears to be very nearly deserted. He learns that most of the people stationed there were killed in a recent battle, and most of the rest were evacuated. He settles in the fortress to work anyway, but it quickly becomes apparent that things are not quite right around here. Supernatural forces are at work, and seem to have an unhealthy interest in his sutra.

The movie is nicely paced... it all plays out quite slowly for the most part, with strange happenings and behaviors cropping up. You know that something is going on in the fortress, but you're not quite sure what. The characters are good, and the cinematography even better... it creates a very effective mood. Events gradually build until they reach bursting point, and the scholar finds himself caught up in a battle between supernatural forces. (Note - this battle is entirely conducted with an assortment of musical instruments and coloured smoke, and hence not quite as dramatic as other supernatural battles such as those in Zu: Warriors Of The Magic Mountain - but I found the atmosphere was well maintained regardless. I was actually quite scared ).

King Hu definitely had a better eye for locations, camera shots and actors' performances than most of his contemporaries, and LOTM definitely stands out from the crowd. It's just not quite as good as A Touch Of Zen. (Doh!)