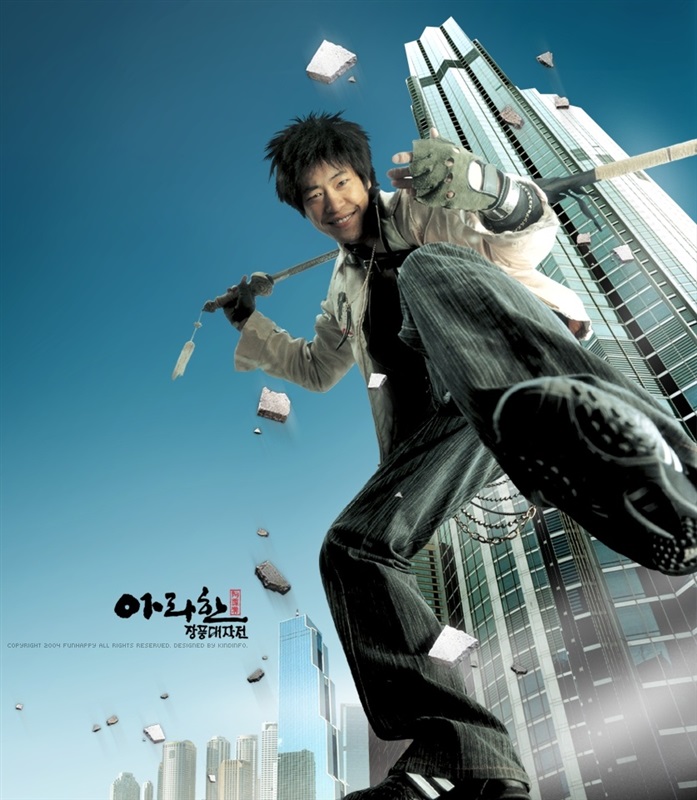 In the modern era people have forgotten the Tao, and the way of martial arts is followed by only a few masters. Eui-Jin (Yoon So-Yi) is the daughter of one such master, and his only student. Her martial arts are excellent... but of minimal use in her day job. She does occasionally find herself using them to chase down petty criminals, though.

On one such occasion she attempts to apprehend a thief, but a misjudged palm blast ends up wounding police officer Sang-hwan (Ryu Seung-Beom) instead. She takes him home for treatment, where her father (Ahn Sung-Ki) recognises enormous potential in the young man's chi, and hopes to train him as his successor.

Sang-hwan is definitely on board for learning palm blasts, but is not much impressed with the hard work, patience and self-control side of the deal. Eui-Jin's beauty convinces him to stick around though, even though she clearly thinks he is a waste of her father's time.

Director Ryu Seung-Wan is clearly a devotee of martial arts cinema, and he and action director Jung Doo-Hong were probably the people most actively attempting to study and preserve Hong Kong style action in South Korea at the time. ARAHAN cheerfully wears its influences on its sleeve, to the extent of lifting at least one scene wholesale from Shaolin Soccer and numerous shots from others.

The ideas may not be particularly original, but the execution is where ARAHAN excels. The production design and cinematography are top notch, and the action choreography produces some beautiful fight scenes captured in exquisite detail by the expert camera work. 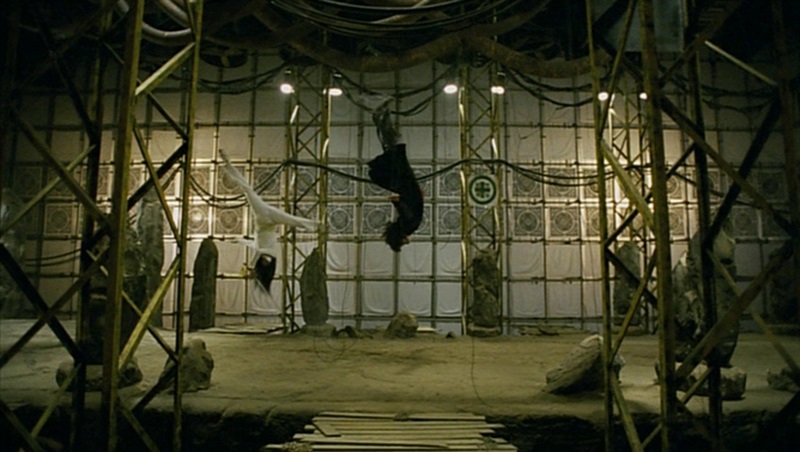 Stars Ryu Seung-Beom and Yoon So-Yi can be seen doing their own moves and stunts most of the time and must have trained hard for their roles. I suspect his big brother's love of martial arts cinema had probably been shared with Ryu Seung-Beom from a young age, and the two of them had perhaps been thinking about how to make a movie like this for many years.

Jung Doo-Hong steps up to play the main villain of the film himself, and his abilities on screen are every bit as impressive as his choreography.

I think ARAHAN is one of the best attempts at a modern day wuxia film, successfully combining a loving homage to the classics with the more modern production values enabled by computer technology at the time.

After watching it I had hopes that Ryu Seung-Wan and Jung Doo-Hong would become the new maestros of the martial arts film, taking up the baton which Hong Kong seemed to have dropped and leading the way forward for the genre. Unfortunately it didn't happen, and other than their collaboration on The City of Violence a few years later I don't think the two worked together again.

I guess that ARAHAN probably arrived a little too late, after audience attention had moved on from martial arts, and that probably made it hard to get funding for projects like this again.

A shame, because it's the sort of film I could watch all day long.