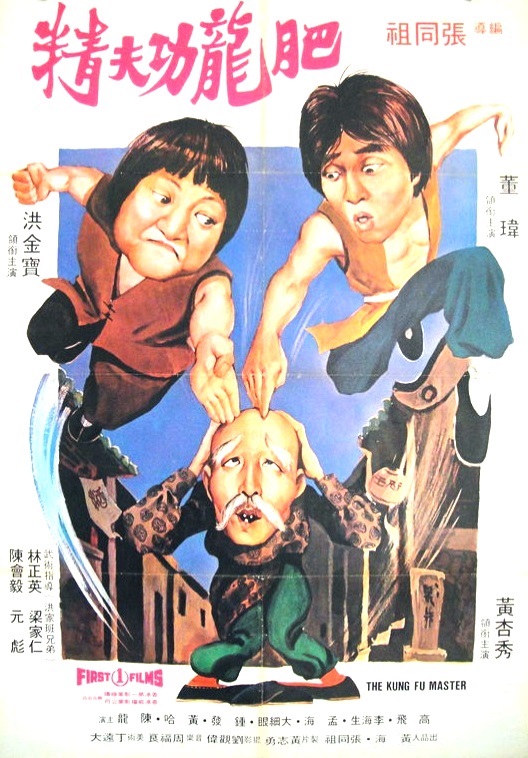 Two brothers have each mastered a different style of kung fu and opened schools to teach it, but after an argument about whose style is the best they stop speaking to each other. A rich man asks them to each teach one of his sons their technique, with the condition that after 2 years they will fight to see who is the best teacher and the winner will get a large prize.

Meanwhile a local youth (Tung Wai) is a big fan of kung fu but doesn't have a teacher, so he decides to try and get both masters to teach him without them finding out about each other.

THE KUNG FU MASTER is a kung fu comedy along similar lines to Drunken Master, Fearless Hyena and a thousand others, whose main features of note are the presence of Sammo Hung and much of his stunt team on action duties, and a rare lead role for future-famous action choreographer Tung Wai (The Blade).

The plot might sound a bit similar to The Odd Couple, another Sammo vehicle from the same year, but it takes quite a different path. It's still a path that involves a variety of training scenes leading to a series of showdowns in the final reel though, obviously.

With Sammo and team on board the quality of the fights is assured, though the choregraphy feels a little dated in comparison with other Sammo films of the era like The Magnificent Butcher. Perhaps it's just because as an indie film it had to be shot on a tight schedule, but if you told me this film had actually been shot in 1977 and shelved until kung fu comedy became more popular I would believe it.

The main reason to watch the film other than the natural desire to see every Sammo Hung film is Tung Wai's performance. He is really impressive, amazingly flexible and acrobatic. I wonder why he didn't get more lead roles? Perhaps he just found he preferred being behind the camera... all those training scenes must have been hard work, and probably didn't pay particularly well.

There's nothing particularly wrong with THE INCREDIBLE KUNG FU MASTER (as it seems to be more widely known even though it's clearly not what's written on the print). Some ... most... all of the comedy is rather obvious and sometimes a bit painful, but that's par for the course with Hong Kong films of this era.

There's nothing incredible about it either though.