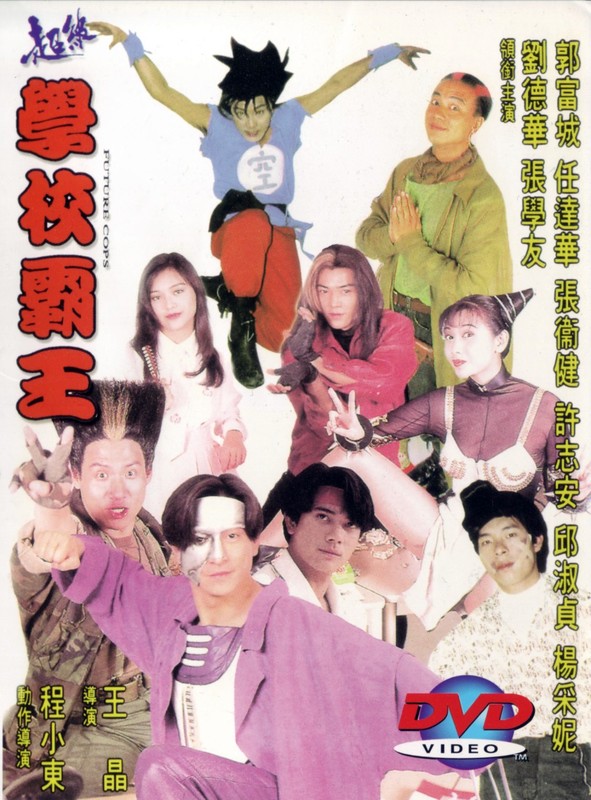 It's 2043 and the notorious criminal M. Bison has finally been arrested, with the famous and incorruptible judge Yu Ti Hung presiding over his trial. Bison's acolytes determine that the only way to rescue their boss is to travel back in time to 1993, when Yu Ti Hung was still in high school, and pressure him into finding M.Bison innocent 50 years later.

Catching wind of their plan, the police decide to send three of their own back to 1993 and protect the judge - but first they'll have to find him.

In their attempt to track down Yu Ti Hung the Future Cops enlist the aid of a pupil named Tai Hung (Dicky Cheung) to help them infiltrate the school he graduated from, and whilst posing as a student (Andy Lau) and a teacher (Jacky Cheung) they help Tai Hung turn the tables on the school bullies and better his chances with love interest Charlie Yeung... when they're not themselves busy chasing his sister (Chingmy Yau) and classmate (Winnie Lau), anyway. 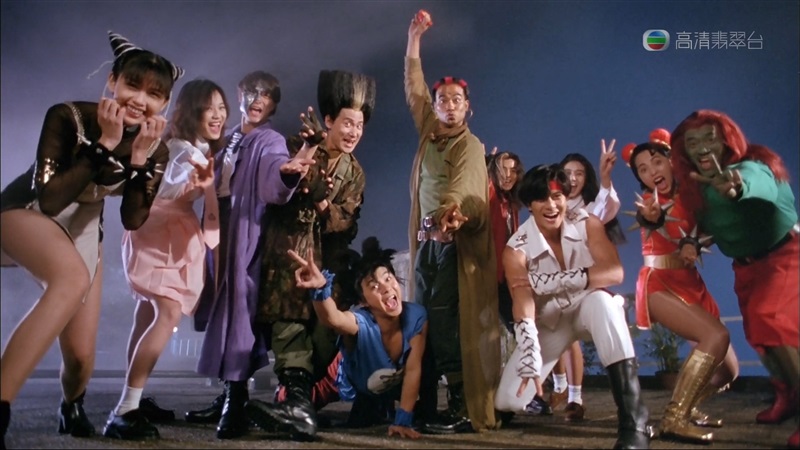 The plot is pretty threadbare, but it hardly matters since the film broadly ignores it for most of the runtime, which is padded out with a variety of boy-girl stories and random gags and skits. In other words it has all the ingredients of a typical Wong Jing film, including the obligatory jokes about rape and AIDS, but the nonsense here is turned up to 11 ... possibly even 12.

It's quite impressive that Wong was able to get some of the biggest Cantonese pop stars in the cast and then have them act like clowns, but they all seem to be having fun. It seems to have been the sort of film where nobody was taking it or themselves too seriously and the general attitude was "anything goes".

When it comes to "anything goes" you can't do better than getting Ching Siu-Tung as action director, ably assisted here by Ma Yuk-Sing and Dion Lam. They throw themselves into the Street Fighter styled fight scenes with enthusiasm, pulling off the kind of creatively insane wire stunts and scenery destruction that Ching did better than anybody else. It's quite a spectacle! 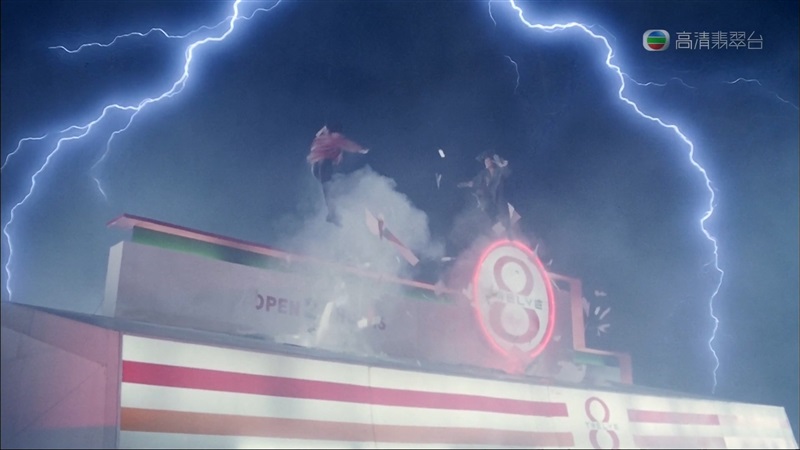 FUTURE COPS is the kind of zany, irreverent nonsense that made Wong Jing the era's box office champion, and helped tiny Hong Kong sustain such a massively out-sized film industry. It's also the kind of film that they just don't make anymore ... though that's probably for the best, it's definitely an artefact of its era.