Directed by
Genre
Unfocussed and kind of boring 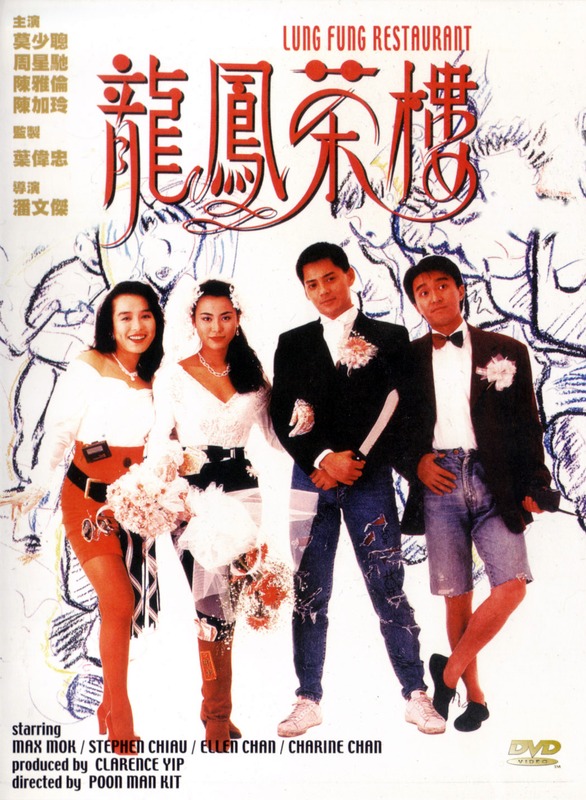 1990 was certainly a busy year for Stephen Chiau, with no less than 11 movies bearing his name. LUNG FUNG RESTAURANT is one of them. I imagine that he was filming this in parallel with something else, as he tends to come and go throughout the movie.

Max Mok and Stephen Chiau are two rascals, but Max has some idea about going straight after coming out of jail so he takes a job as a waiter at a restaurant (presumably the restaurant of the title, although since it hardly features in the movie the title is a strange choice). It doesn't take much for Stephen to tempt him back though, and soon they're out "hooking" girls and collecting debts and presumably other rascally things. Ellen Chan and Charine Chan are two club girls - Ellen apparently being unusual because she doesn't sleep with the customers, rather tricks them out of money by leading them on.

The guys & the gals meet in a situation of conflict, but there's an instant spark between Ellen & Max. Max resolves that he's going to be the one to pop her cherry, whatever it takes. Meanwhile, Stephen and Max have ruffled the feathers of a rival gang's boss, and the new head of their society doesn't seem like he wants to support them.

LFR is a love story of sorts, with the relationship between Max & Ellen taking up most of the screen time. Their relationship is woven around their particular lifestyles as a rascal and a club girl, and I think writer Clarence Yip was possibly trying to make it a bit of a morality play showing how these lifestyles cause complications and unhappiness. It's not particularly clear what he might have been trying to get across though, as the movie is decidedly unfocussed. I think it was trying to be a character piece, so there's lots of scenes showing their relationships with their friends etc. Except the characters don't end up feeling very developed at all, because they seem to have no particular depth or consistency. They're also not very likeable a lot of the time, which makes it difficult to care about them.

Things kind of wander on, there's happy bits then there's some conflict etc etc. Nothing horrible about any of it, but it's all kind of boring. I'm sure there was some potential in there, but they either didn't have the time or didn't have the talent to develop it very well.

Not really recommended unless you really want to see every Stephen Chiau movie there is (which I can't fault you for, if that is your plan!)