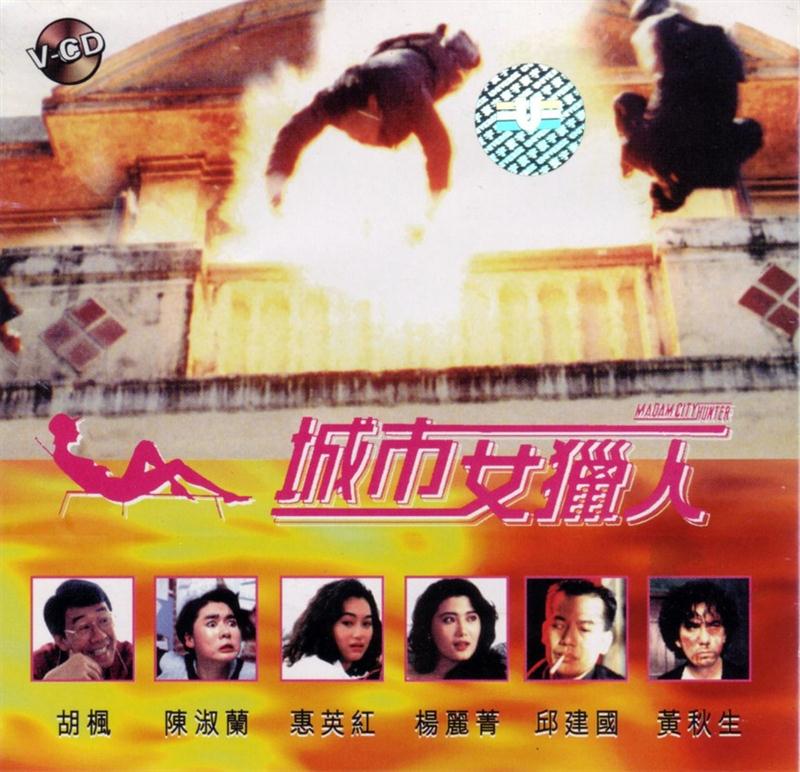 A good film-maker knows his limits. He knows what he can do with the budget available - and that when the budget is low, something has to give. Many a movie has failed from over-stretching its means... better to focus your resources, trim the fat etc. In the case of MADAM CITY HUNTER, they evidently decided that the thing to go should be making any sense whatsoever. This proves to be quite a commendable decision, IMO.

There is a plot to the movie, and I followed it. It's quite simple in fact. But it goes no way towards explaining the movie, or 90% of what happens. The scenes all kind of tie together somehow, but seem mainly to have been chosen for their individual merit rather than coherence as a whole.

The movie starts off well - within the first 3 minutes I think more bullets are fired than in all of John Woo's movies total. This between a small group of bad guys and some cops who are stood about 20 yards apart... and they don't even manage to smash the windows of the police cars they're vaguely hiding behind. Realising that bullets are mysteriously not working that day, they send in their killer weapon - Cynthia Khan. She quickly penetrates the bad guys' lair and despatches of them with acrobatic kung-fu Girls With Guns power. And then the rest of the movie happens.

The bulk of the run-time is not actually spent on the gang of killers who are after Cynthia's life, but rather on the fact that her widowed dad is now shagging a nymphomaniac not much older than Cynthia herself. One of her colleagues also has the hots for her, and drafts in private eyes Anthony Wong and Sheila Chan to look after her, or something. This whole set up leads to a bunch of comedy scenes that are actually very funny. Sheila is particularly insane and amusing here, and Anthony Wong gives one of his better performances too. Kara Hui is probably the greatest presence of the movie though, as Cynthia's new stepmom. She has a couple of action scenes in which she is excellent (and doubled less than Cynthia), but it's her shockingly seductive "nympho wife" side that is particularly memorable. That French Maid's outfit... yum!

Every so often the killer thing rears its head and an action scene breaks out, and these seem to be the raison de etre for the movie - they are almost all excellently staged and filmed. Even Anthony Wong looks like a great fighter here! Cynthia is heavily doubled (by men) throughout, but the scenes that her character is involved with still come off as pretty intense and exciting stuff. I'd love to know who choreographed the movie - Yuen Wo-Ping is credited as producer, but it seems like a rather a low profile movie for him to have action directed (edit: the whole Yuen Clan were apparently involved, with lead credit going to Yuen No. 2, Yuen Cheung-Yan). The final set-piece which runs up down and around a set of bamboo scaffolding is particularly tremendous - easily the match of RUSH HOUR 2's similar scene. Very refreshing to see good old HK style action scenes immediately after watching Blade II, and being reminded how these things are meant to be shot & edited!

I really loved this movie, even though I couldn't convincingly argue that it was a "quality" movie in any real sense. These low budget "anything goes" movies that Hong Kong used to make without being self-conscious about it are a treasure trove of charm and uniqueness though. Or maybe I'm just a sucker for a woman who knows kung fu :D