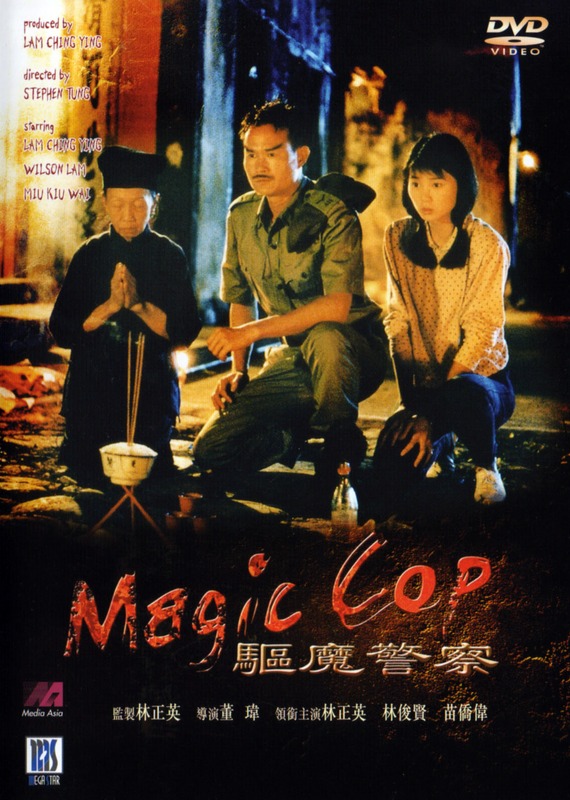 Lam Ching Ying is the cop who's "more like a Taoist priest", who gets brought from his post in the sticks to HK city when a suspect in a drugs deal is revealed to have been dead for a week before she was shot (err, and crushed) by the police. He gets partnered with a young cop who believes all this talk of the supernatural to be so much bull, and their personalities clash until eventually they are forced to get along a bit better by events.

The plot is quite straightforward, but well delivered. It's hard not to love Lam Ching Ying in any role, but especially when he's doing inscrutable Taoist rituals as only he can. The movie is a great example of the kind of movie that HK makes best... a little bit melodrama, a little bit comedy and a whole bunch of great action and stunt work. I'd love to see HK or any country make a movie like this now... but it's probably hard to find actors or stuntmen who are willing to take quite such a beating for their art :)