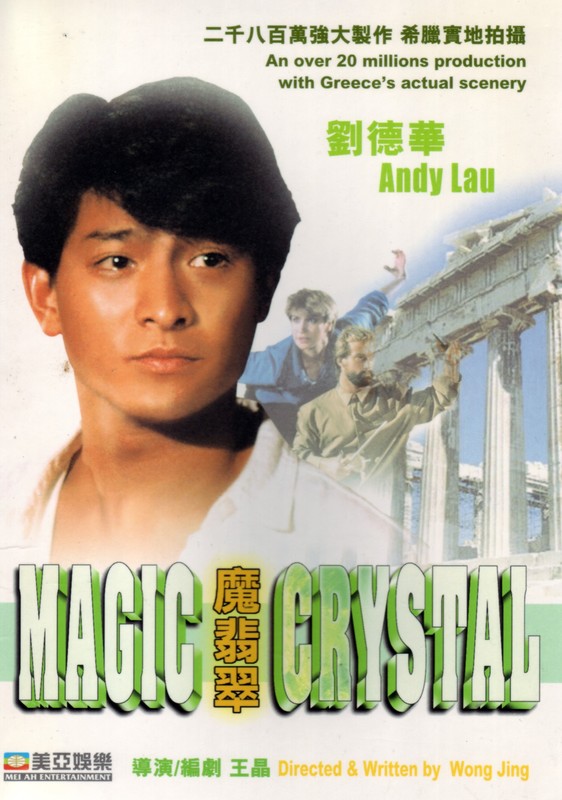 Magic Crystal is one part E.T., one part Armour Of God and several parts Wong Jing - an unmistakably Eighties piece of cinema through and through (especially the cheesy up-beat synth music). The plot has a young kid finding a Magic Crystal in his luggage after a trip to Greece, leading to a KGB department (incongrously made up of Asian goons led by Aussie Richard Norton) chasing after him. Luckily he has uncle Andy (Lau) to look after him, with tough cops Max Mok and Cynthia Rothrock eventually being of some use too. Even papa Wong Jing and random idiot Nat Chan are of some use to the lucky kid and his crystal, I guess.

The film is cheesed up to the max, but dosed on adrenalin too. In typical Wong Jing style there's a bit of everything thrown into the film - there's cheesy effects, goofy humour, family-friendly schmalz and whole subplots that lead to nowhere but are often quite entertaining. There's also quite a bit of action, in the 80's style of fast paced, brutal fights and stunts. Cynthia Rothrock and Richard Norton come off best in these, apart from the various stuntmen and whoever doubled Andy Lau for the more impressive moves (thankfully it wasn't too much longer after this film before HK film-makers realised he was never going to be a top martial artist and stopped trying to pretend).

Words like "daft" and "dumb" are probably the first words that would spring to the lips of a non-HK Cinema fan if you were to show them this film, but those that are used to Wong Jing's style of film-making will find this to be amongst his more entertaining works, and most will enjoy the action scenes at least.