Directed by
5/10 - Nothing remarkable 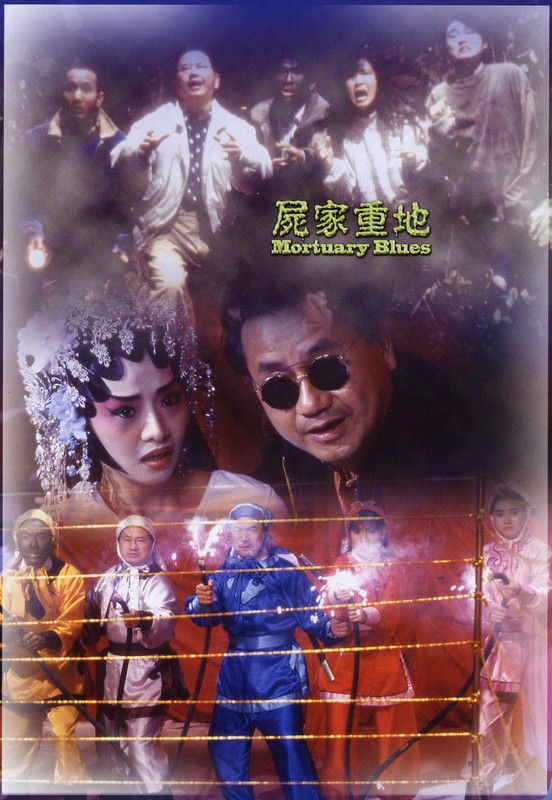 Jeff Lau has done a lot of movies in the 'horror comedy' genre. MORTUARY BLUES is just another one, firmly stuck in the 'comedy' side of things though. A 300 year old curse lets a ghost/vampire loose on a village, and our cast of characters get caught up in it. There's the opera troupe members Sandra Ng, Sheila Chan and Lowell Lo and the village cops Corey Yuen and... the other guys.

Most of the movie is about toilet humour - about as base as it comes. Oh, and the sexual humour too (Sandra Ng again playing the 'ugly duckling' role, which she never really outgrew until she got a haircut). Nothing too remarkable, and not particularly amusing - though there are clearly a lot of language jokes that the subtitles don't carry at all.

Usually in these horror comedy things the saving grace is the action, but there's very little here until right at the end. The final showdown where our heroes utilise the props and sets of the opera stage to tackle the monster is quite imaginitive though.

Overall, not a particularly good movie, but not the worst waste of time either.