Directed by
a worthy enough entry in the series 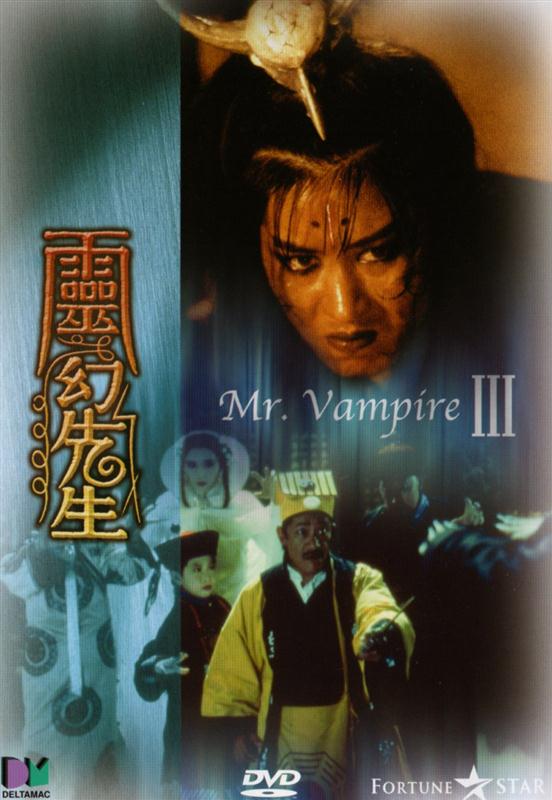 Richard Ng is a charlatan Taoist exorcist using two "good" spirits to help him make cash. When he runs into some real ghosts he ends up taking refuge in a country village that's suffering from regular raids by a group of bandits using black magic. Lam Ching-Ying plays the titular monobrow priest, who is organising the village resistance.

Mr. Vampire III deviates quite significantly from parts 1 & 2, with only cast/crew and Lam Ching-Ying's character bearing any real resemblance to them. The elements of action, comedy and horror are still present though.

The worst aspect it shares in common with other members of the Mr. Vampire family is the presence of Billy Lau, who may be the most annoying actor Hong Kong has ever produced (even more annoying than Dean Shek). He plays a complete asshole character, but plays the role *much too well*. You really want to slap him, and that's not a good thing.

The presence of Billy Lau is offset by the presence of Lam Ching-Ying though, who is of course the man, and never more so than when in Taoist ghostbuster mode. It's the role he will always be remembered for, and one of the classic characters of Hong Kong cinema.

The original Mr. Vampire was so popular because it combined comedy, horror and action so effectively. MR. VAMPIRE III is less slickly combined, with much of the horror seeming extraneous to the film, and unnecessary bulk. That's Hong Kong for you though. I guess it doesn't help that most of it isn't terribly funny. The film compensates by providing more horror and possibly more action, however, with the gang of black magic bandits being a truly threatening presence - especially their leader, played with gusto by Wong Yuk Waan. The action scenes are pretty well choreographed, with plenty of wires and magic involved but also some decent kung fu.

Although nothing gels quite as well in Part III as in the original, it's still a worthy enough entry in the series, and worth seeking out if you like Hong Kong's horror-action-comedies.