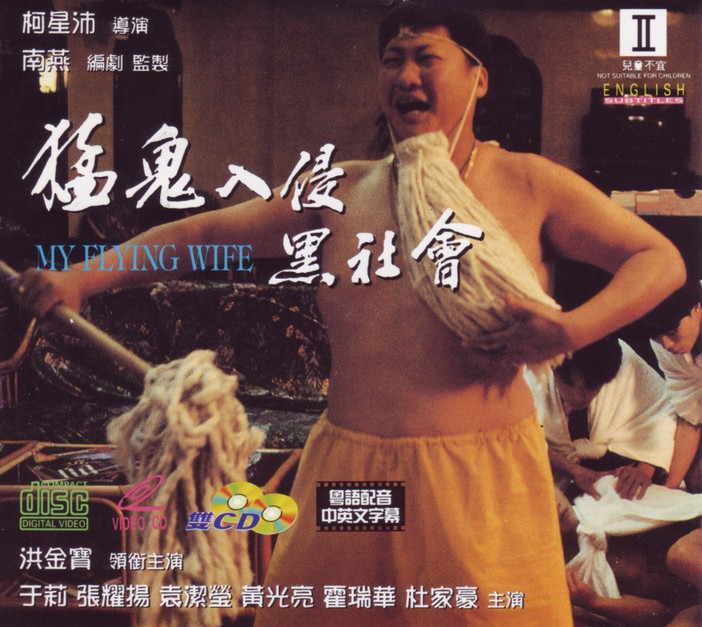 Absolutely superb movie title, that does just about relate to the movie but is probably misleading anyway. I was expecting something entirely different anyway. What the movie actually turns out to be is a supernatural triad ghost thriller reincarnation action prostitute romance drama. A sadly under-represented genre, as I have often lamented. Attempting to describe the movie is, as you might expect, a difficult challenge - and probably quite futile. A few key points though... Sammo Hung is a good natured Triad boss. One of his men can see ghosts, for reasons unexplained. When collecting a debt from a young woman who decides to commit suicide he sees that two ghosts are waiting to take her 'reincarnation pearl' and saves her life. The ghosts get pissed off and decide they're going to get the pearl by fair means or foul. Sammo gets involved to protect his man. That just scratches the surface of the movie, but it ought to be enough to not have totally false expectations (not that it hurt my viewing pleasure that I expected something else entirely).

The movie throws all manner of things into the mix, supernatural and natural, comic, tragic, romantic and just plain weird. It somehow manages to sew them all together successfully into a compelling experience though. Quite a unique film, though it has a certain amount in common with early Sammo films Encounters Of The Spooky Kind and The Dead and The Deadly. Sammo delivers another great performance, but the movie is almost stolen by Roy Cheung as an incredibly dapper underworld kingpin. Lots of great ideas (some of them possibly insane) and lots of fun.