Directed by
Bad but enjoyably so 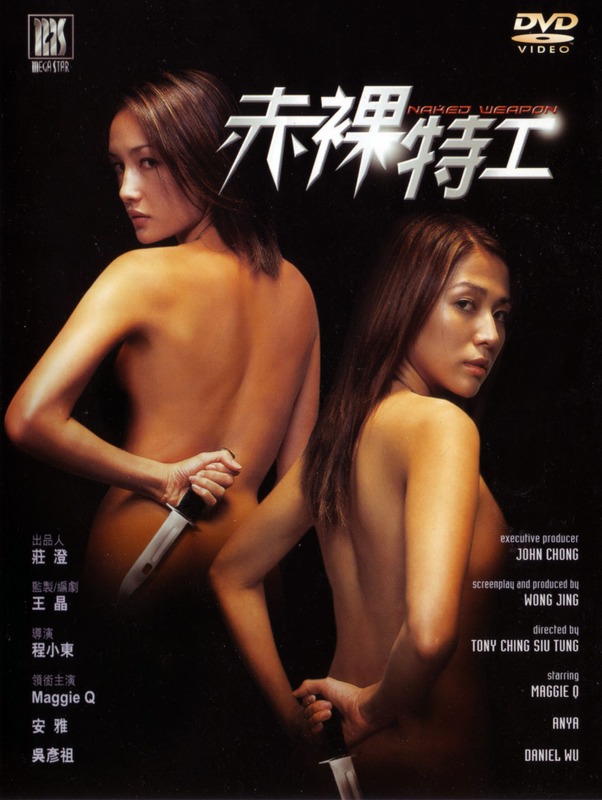 Yes, all the warning signs in the world could hardly have stopped me picking up a movie that promised cute babes in Ching Siu-Tung choreographed action sequences, but at least I knew pretty well what to expect. Actually, filming NAKED WEAPON in English may not have been a misguided commercial ploy, but a virtual necessity given that most of the cast are "overseas Chinese". This way it's only Cheng Pei-Pei that gets dubbed, rather than everybody else

NAKED WEAPON continues the pattern, however, of HK movies with English dialogue having ludicrous Hollywood B-movie style plots and dreadful acting. Within these limits, it manages to produce a fairly entertaining movie though.

None of it makes much sense, but there's cute chicks and plenty of violence, so a certain minimal level of satisfaction is at least guaranteed.

Really the action is the main reason to watch the movie - if you want sex go rent some porn because there's not much beyond a little posing and teasing here. If you want action though, NAKED WEAPON and So Close seem to be the best Hong Kong offerings of the past year. SO CLOSE was better and more innovative in the action scenes, but NW shows a little of Ching Siu-Tung's inimitable style of wirework and camerawork. More posing than actual fighting, but his movies have always been that way. Maggie Q and Anya aren't terribly believable as action stars (where are the muscles?) but do try hard... they are absolutely no match for Jewel Lee though, who I have never heard of but appears to have some pretty genuine moves and power. A shame her character gets so little screen time (perhaps because her English isn't good enough?)... lets see more of her in future please.

So, nice cinematography, decent action, cute chicks... worth a watch if you like those sorts of things I guess. I thought it had a very good soundtrack too, if that helps

If you get the DVD, be sure to watch the 3 minute "Teaser", which is made almost entirely of footage that is nowhere to be found in the movie - mostly action. I wonder why they cut it out?