Directed by
5/10 - Mildly entertaining - or at least interesting 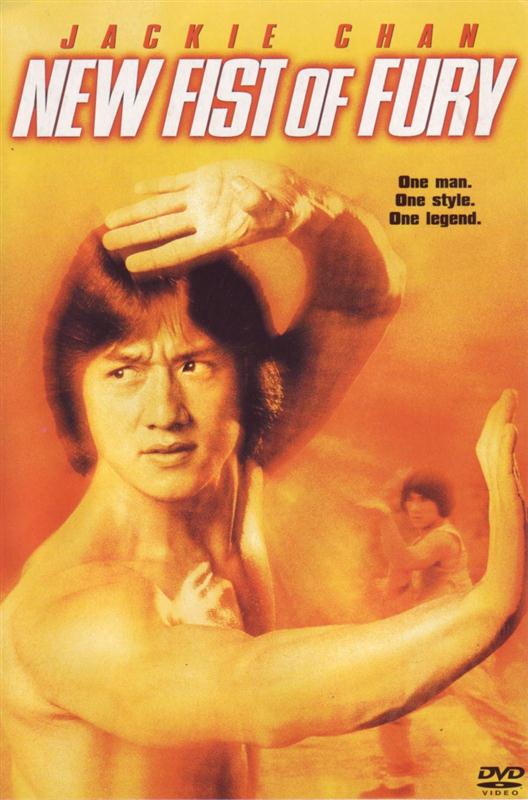 After Bruce Lee has been killed by the Japanese in Fist Of Fury, Nora Miao and some of his other friends flee to Taiwan. Taiwan is also under Japanese occupation, however, and they soon learn that the Taiwanese are getting just as rough a deal as they were in Shanghai.

The movie is even less ambiguous in its message than the original FIST OF FURY - Japanese very very very bad, Chinese patriots very good. Chinese traitors very bad. The Japanese don't actually carry around babies on a leash so they can beat them with a stick, but you get the impression they kind of want to.

There are 4-ish Martial Arts school in the particular Taiwanese town they end up in, including one run by Nora's uncle and one run by a Japanese karate master. There's lots of "Japanese martial arts are superior to your Chinese martial arts" and "No, Chinese Kung Fu is the best!" type discussion going on. Eventually the Japanese (referred to throughout the subtitles as "Japs") challenge Nora's uncle's school, leading to his death - seemingly through apoplexy, since nobody actually hits him. Nora decides she must set up her own school, "New Jingwu Mun", so that the spirit of Bruce Lee may live on.

Jackie Chan has been lurking around throughout these developments, as a Taiwanese boy that hates the Japanese. He's head strong and courageous, but refuses to learn Kung Fu, despite Nora's best attempts to change his mind. Eventually he snaps though, and signs up to Jingwu Mun - where he inexplicably becomes their most accomplished fighter in a few days. Nora is so impressed, she agrees to teach him Bruce's secret style - The Fist Of Fury.

This comes in handy when the Japanese decide it's time to crush the rebel spirit and challenge all the Taiwanese schools to a martial arts tournament. Nora, Jackie and 4 of the other best fighters in Jingwu Mun take up the challenge.

Phew, that's a lot of plot detail, but it's not an easy one to condense. The 2 hour movie takes its time unwinding, and building up the characters and the situation. It's certainly not just 10 minutes of plot to each hour of fighting, as is the case with many old school movies. This is probably just as well, as most of the fight scenes are really, really bad. You can almost see them stopping to discuss... "OK, so you're going to hit me here, where do you want me to stand. OK, and I'll do a forward somersault a second or two later". There's one or two moments where the fights improve - notably in the final reel, when Jackie finally gets off his ass and starts fighting.

The plot is obviously extremely racist/nationalist, and tries too hard in too many places to make you think of Bruce Lee, in the hope you'll forget he wasn't in the movie or something. Especially it tries to make you think "Hmmm, this Jackie Chan fellow might be the next Bruce Lee"... of course it wasn't until they stopped trying to push this idea that Jackie had any success.

Despite its flaws, however, it is quite an enjoyable tale. The sets & scenery are all quite atmospheric, and the way the situation develops is quite well paced - the story is well told, I guess. Certainly not a masterpiece - especially not of kung fu - but quite interesting to watch. A very odd choice for Columbia Tristar to give the anamorphic treatment to though, as I'd say it's for genre fans only - certainly not going to make a positive impression on the average DVD buying American.

It is nice to have such an old movie on DVD though - previously I think it was only available cropped & English dubbed in the US, or on HK VCD. They haven't made any attempt to clean the print up - lots of scratches and speckles, and night scenes are totally lacking in detail, but that kind of works for the movie - with a genuine anamorphic print it still looks good. Audio options are English & Mandarin - I'm guessing Mandarin was the original language, as it works for the movie. Subtitles are pretty good for the most part, except some dubious translations of names... e.g. Jackie's "Ah Lung" character is persistently called "Helong". Not a big problem - if you know the significance of "Ah Lung" as a name, then you will probably realise that's what they're saying anyway.

Overall verdict - hmm, cautious recommendation. Certainly not one to pick if you're new to or don't like old school or Jackie Chan. Certainly nowhere near the same league as movies like Fearless Hyena and YOUNG MASTER. Not even close to the original FIST OF FURY. But... kind of watchable :)