Directed by
A lot of fun 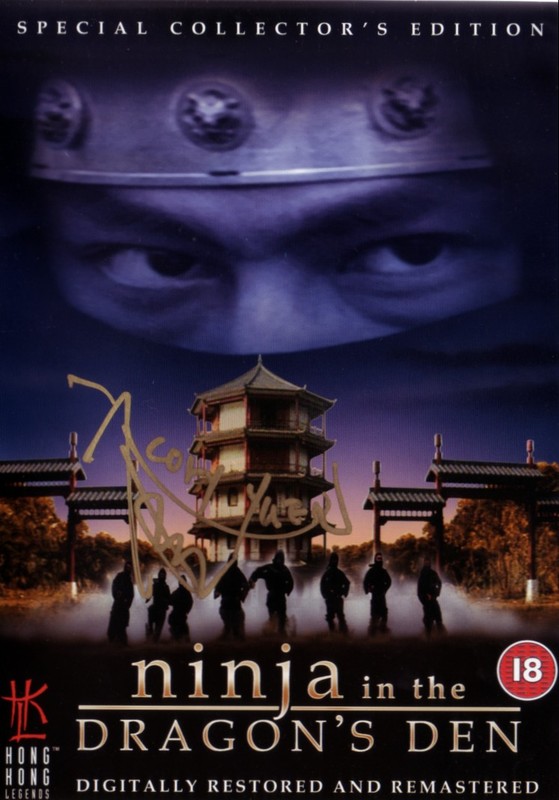 This movie starts off really badly. The most criminally cheesy title song ever recorded starts off the horror, and then we get 25 minutes or so of Conan Lee and Tai Bo being "funny"... in that sense of the word that doesn't actually mean "funny".

Thankfully, once Corey Yuen got that out of his system it's down to business, and most of the rest of the movie is just fight scenes. And they're good.

Yuen Kwai has long been considered one of Hong Kong's top action directors... despite his own admission that he doesn't know much kung fu. What he does have is buckets of imagination though, and there are some really inventively staged sequences here. From a fight on top of stilts, to a series of traps and tricks in an increasingly darkened room, just lots of ideas that are quite unique that keep the movie fresh and fun to watch.

It helps that Yuen Kwai had Mang Hoi there to help him with the action direction. With movies like Royal Warriors to his name, Mang Hoi has shown that he's one of the best details men in the choreography business - so his work nicely complements Corey Yuen's by providing realistic intricate kung fu choreography.

The real star of the movie is Hiroyuki Sanada to my mind. He looks so young here, but incredibly agile and energetic. He clearly gives his all to his fight sequences, and his all is very impressive. Conan Lee is a bit bland and stiff next to him, but still shows some impressive skills. The old guys in the cast kick some ass too (not sure who is who).

Ninja in the Dragon's Den is not the finest movie ever made, nor does it feature the best fights. The fights did feature some new ideas that would come to prominence many years later in the wuxia boom, however... and the movie is at least fun to watch :)