Directed by
Worth seeing, but not a must-see. 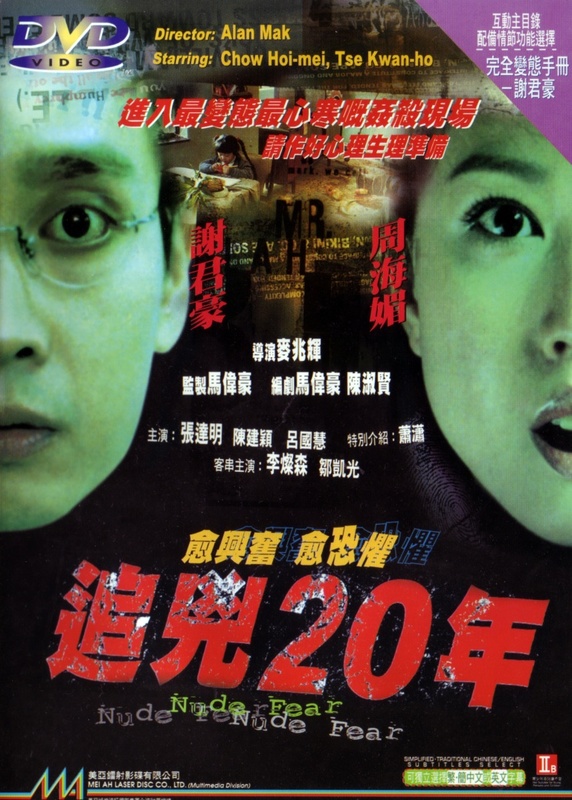 I've taken quite a liking to Kathy Chow just recently. I think it's because she's pretty. As a young girl, Kathy's character in NUDE FEAR is waiting for her mother to pick her up from school one day, but she doesn't turn up. Kathy makes her own way home, and discovers that it's because she's been brutally murdered. Undeterred by this news, Kathy finishes her homework then grows up to be a hard-assed female criminal detective. When another murder occurs with the same modus operandi, Kathy is quickly on the case to track down her mother's killer.

Now I never really liked SILENCE OF THE LAMBS - specifically because I didn't like Jody Foster's character or performance (never clear to me which, which I guess is a compliment). But I have to admit that Jody/Clarice did a much better job than any of her imitators since. Kathy Chow is OK here though, suitably cold-hearted and driven and all that.

There's some nice direction here from Alan Mak, mixing up the SILENCE OF THE LAMBS vibe with some SE7EN atmosphere, some good cinematography, some moderately disturbing moments... but all struggling in vain against a weak script that fails to generate any real tension or believability. Worth seeing, but not a must-see.