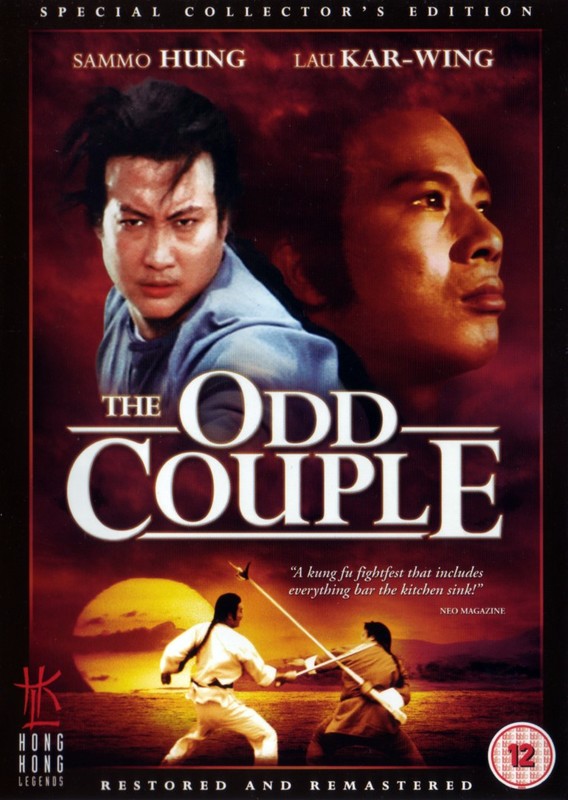 Sammo Hung and Lau Kar-Wing are the Master of Swords and the Master Of Spears respectively. Every year for 15 years they have duelled and it's always been a draw. In the 15th year, each refrains from a fatal blow and they realise they can't kill each other because they've become (sort of) friends. The solution is to each train a student - since the students won't know each other, they should be able to kill each other no problem! In a stroke of genius, each actor plays his enemy's student, meaning that we get to see each demonstrate their remarkable skills with both weapons!

The "high concept" film is a great excuse for almost non-stop fight scenes and some clever comedy. The humour is quite subtle and dark, much classier than many of the other kung-fu comedies of the era (though Dean Shek brings the tone right down when he appears - I don't know why but it seems like it was mandatory for him to have a role in kung fu comedies at the time). Both lead actors give hilarious performances in their master and their student roles, with some inspired moments. They are no less impressive when they fight - truly two masters at the peak of their art, with some exceptional choreography. The film has a "real" villain in the form of Leung Kar-Yan, who is also in fantastic fighting form.

The Odd Couple comes in the middle of Sammo Hung's run of classic films, and earns a place in the ranks of all time classics that includes Heroes Of The East, The Victim, Knockabout and The Young Master. It was a special time for martial arts films, and unfortunately it's unlikely we'll ever see a period where so many talents are working in the genre again.