Directed by
Genre
Quite good, from what I could see 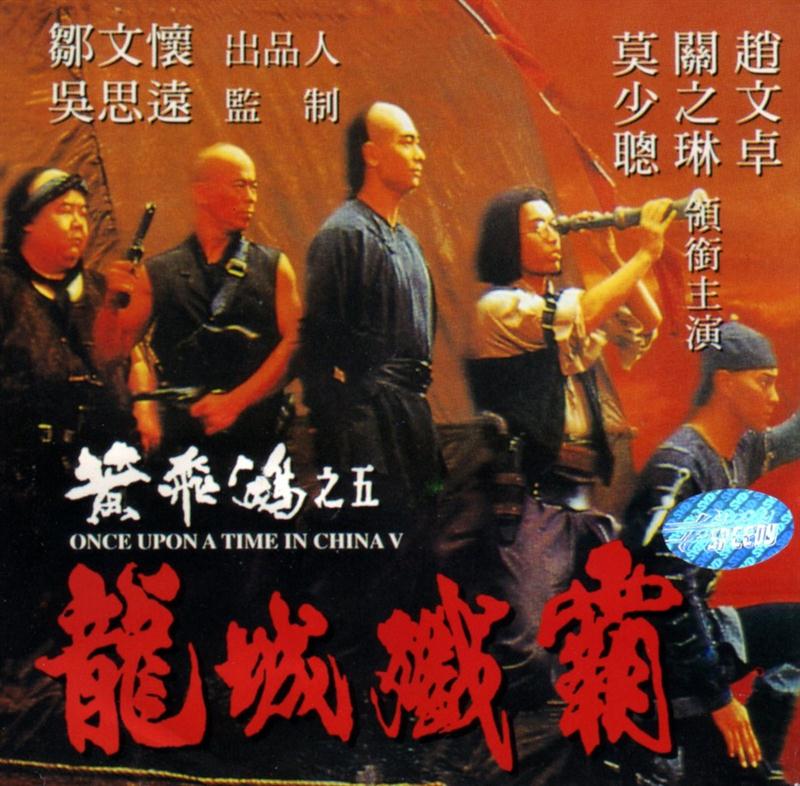 I watched this on a Malaysian VCD, which I have to say is bloody awful. It's full frame, and with subtitles in English, Chinese and Malaysian all on screen at once. Urk. The film itself seemed quite enjoyable though - none of the epic glory of the first two parts, but some pleasant enough Wong Fei Hung action. This time he fights... pirates! And why not. There's some fun romantic confusion between WFH and Aunt 13 and Aunt May (Aunt May is... Michelle Reis, I think (hard to see on the VCD!), and she took over when Rosamund wasn't available for Pt. 4. This time they're both there and both quite in love with our hero). The sidekicks get some little plot bits of their own too.

The action in the film looked pretty good from what I could actually see. Quite OTT stuff inna 90's style. It was very hard to really appreciate on the VCD though. I think Xiong Xin-Xin as club foot actually got more fights than Zhao Wen-Zhao as WFH, and he was very impressive. Shame he's such an ugly chap or maybe he'd have gotten some more interesting roles :-) The film actually features as much gun-fu as it does kung-fu, which was quite unexpected. The boys get their hands on some pistols, and do some very woo-style moves with them.

Oh yes, and Tsui Hark not only wrote & directed but composed the score for this one! It's not too bad either. Not in the same league as the music from the first two parts, but a good effort.