Directed by
Genre
I like it a lot, but not as much as some do 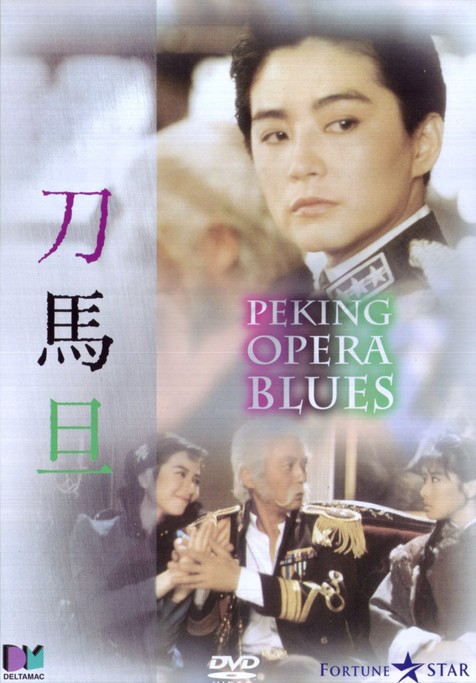 PEKING OPERA BLUES was amongs the first half-dozen Hong Kong films I saw, and to be honest I was only luke warm to it. I've seen it a few times since, on a succession of DVD releases of dubious quality, and always liked it but never quite loved it. The new Joy Sales DVD is undoubtedly the best presentation the film has had in years, even going to the trouble of having somebody that understands English look over the subtitles, but doesn't fundamentally change my view. Good film, but not one of my favourites.

The film tells a story of three women whose paths momentarily cross at a turbulent time in Chinese history. It seems fairly clear that the three women are meant to represent "The Three Chinas" - Cherie Chung's brash, materialistic character is obviously Hong Kong, Brigitte Lin's idealistic, revolutionary character is obviously the Communist mainland... so Sally Yeh's filial, underappreciated character is presumably Taiwan (not quite sure how that works as a metaphor). I'm not entirely sure what Tsui Hark wanted to say about Chinese politics through the film, particularly the closing shot - perhaps "We share a common history (represented by the Peking Opera), we should help each other out, but we're all different and shouldn't get too close".

Much has been made of the film's genre-mixing, and it's ability/tendency to shift tone at the drop of a hat. It's a good example of the "everything but the kitchen sink" approach to cinema, of which Tsui Hark was one of the pioneers and masters. It's often held up as an example of the strong female characters that are another hallmark of HK cinema, though that's a tradition that goes back much further than Tsui Hark's career.

The film is fast-paced and visually slick, with some good action choregraphy by Ching Siu-Tung. The comedy isn't always successful but sometimes is, and the acting from Brigitte Lin and Sally Yeh is great (yeah, I know I left Cherie off that list!). Ku Feng, Wu Ma and Kenneth Tsang also turn in good performances, and Paul Chun's is especially interesting. One criticism I do have of the film is with the voice casting... like all HK films of the era, the dialogue was dubbed in afterwards, and it was not even that common for actors to dub themselves. I certainly don't think anybody dubs themselves in Peking Opera Blues, and the voice actors that were used seem to have been poorly selected, not matching the appearance or personality of the characters they dub. This is quite common in Tsui Hark films, now that I think about it.

The net result is that PEKING OPERA BLUES is clearly a well-made film with its own unique personality... so why can't I elevate it to the 'classic' status that would earn it a 9 or a 10? I'm not entirely sure myself - it just lacks that 'je ne sais quoi' that makes me love certain films, rather than just like them a lot. I don't think it's a reaction to over-hype, because I felt the same way when I'd never heard of it before. I won't contest anybody's right to love it as much as I love The Mission though, if it's more their thing.