Directed by
Genre
unique and quite satisfying 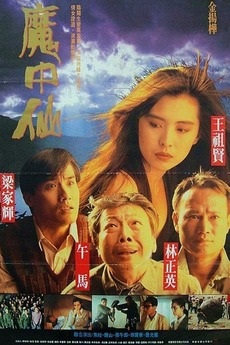 A curious mixture of supernatural horror and politics. A blood demon once banished by the heroics of a couple of exorcists is later released by the workers of post-cultural revolution China. The struggle between the new ideology vs. traditional beliefs is given tangible form by the presence of a supernatural killer, whose very existence is impossible under the New Society, but must never-the-less be stopped.

Surprisingly serious in tone for a HK movie, and does actually tackle the political issues with some intelligence and candour. Tony Leung Ka-Fai is excellent as the youth who reports his own father for anti-revolutionary thoughts, but begins to realise there is more to the world than the party admits. Lam Ching-Ying is cool as ever as the traditionalist horrified by the changes to the world around him, and Wu Ma plays a coward and traitor with his usual skill. Joey Wang is pretty good here, though not called upon to do much. More about the politics than the scares or the action, but does use those elements to carry its message across. Clearly the movie's politics are vastly simpler than in FAREWELL MY CONCUBINE or other artier fair, but they are an unusual and quite welcome addition to the supernatural horror genre, and give RED & BLACK a unique and quite satisfying character.