Return Of The One-Armed Swordsman (1969) 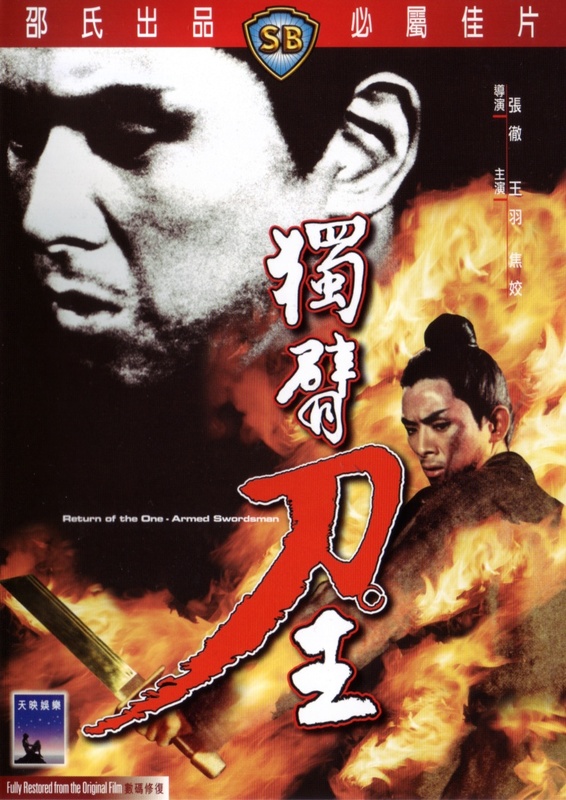 Chang Cheh directs a "proper" sequel (as in "same characters, plot follows on somewhat logically") to his seminal film of the previous year, though the film has somewhat less of the epic romantic quality and a more "traditional" martial arts plot of an evil cult seeking supremacy over the jiang hu. I'm not sure how "traditional" such a plot was in 1968 though - it is rather reminiscent of a Chor Yuen/Ku Long film, but with Chang Cheh's grittier gallons-of-blood style.

A pretty worthy film, and probably quite ground-breaking at the time, but not as good as its predecessor.