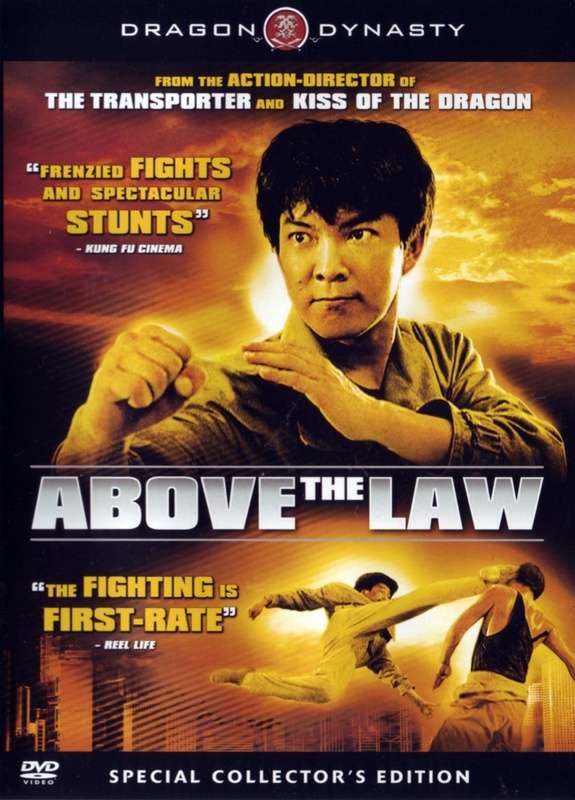 This is another entry in the Girls With Guns entry from Corey Yuen, after the success of YES MADAM! Except one of the girls is now Yuen Biao, who isn't a girl at all! From the very start we're treated to explosive action, with Biao playing a prosecutor who's a bit handy with the Kung Fu. He demonstrates from the start that his approach to criminals is shoot first, questions later. At first I was disappointed at the lack of ethics and common sense that this attitude demonstrates, but it is actually pertinent to the theme of the film...

Biao's experience is that it's the latter, so he decides to redress the balance. Cynthia Rothrock eventually turns up as the tough police officer to represent the opposite side, the law's the law and murder's murder etc. Corey Yuen has a fairly significant role in the movie too, looking thinner than usual and making jokes about Rothrock's appearance.

The plot's pretty well developed for a Corey Yuen movie - there's quite a bit of dramatic tension and events making sense. The whole thing builds up nicely, punctuated at very regular intervals with top notch eighties action. Biao and Kwai share choreography titles, and they put up a good show. All quite intense and creative, well shot and edited... some of the better fights from the period in fact. Biao and Rothrock are both on peak form here.

Overall I don't like the pro-vigilante message implicit in the movie, but I recognise that it's quite common in Hong Kong movies. It's quite a thoughtful, if not exactly subtle, take on the theme, wrapped in some good drama and excellent action. Recommended.