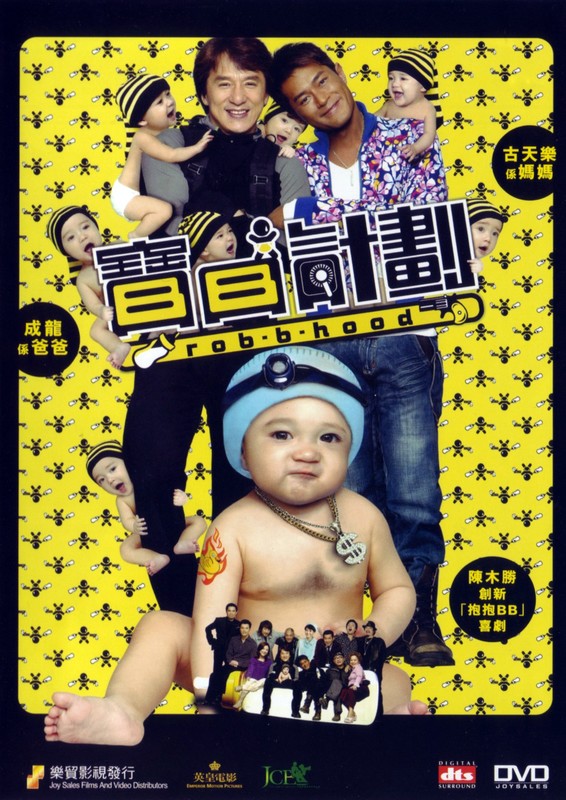 Jackie Chan, Louis Koo and Michael Hui are thieves who end up with a baby to take care of. None of them are exactly the responsible family types, but if a cute baby can't turn these bad boys around then what can?

Originally the gossip had Project BB (as it was called) down as the long dreamt-of reunion film for the Three Brothers of HK cinema (Jackie Chan, Sammo Hung and Yuen Biao), but I guess that didn't happen - although Yuen Biao has a role (more like an extended cameo), Sammo is nowhere to be found. A shame.

However, whilst the film disappoints in that respect, it exceeds expectations in other ways - namely, I thought it sounded like a cheesy remake of THREE MEN AND A BABY, and whilst it broadly is just that, it's a pretty well crafted and entertaining film. It's not as action-packed as the trailer implied, and there are quite a few scenes in the 135 minute 'extended version' that should have been left on the editing room floor (haven't seen the shorter 'theatrical version' yet, so I don't know which of those actually were). But, there's some good stuff in there - some funny stuff, some decent enough action, even some drama that works.

I'd rate the film as more successful than New Police Story, but not as good as The Myth. Make of that what you will.