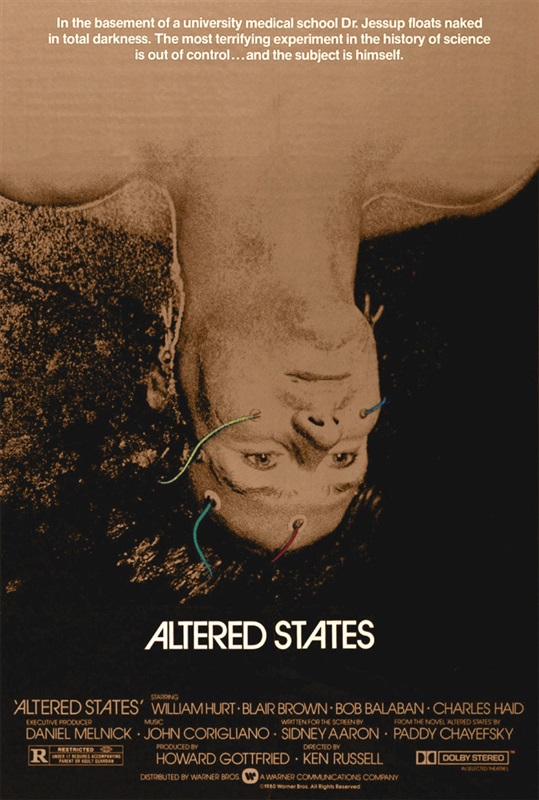 A research scientist becomes fixated on the frequent occurrence of religious imagery during altered states of consciousness, whether created by drugs, psychosis or his personal favourite - immersion in a sensory deprivation tank. His research takes him to a remote tribe whose ritualistic consumption of hallucinogenic mushrooms is said to connect the user with the first soul, the primordial consciousness.

His self-experiments lead to some powerful hallucinations, where Christ on the cross merges with visions of Dantean hell and the apocalyptic imagery of Revelations, but the shamanic drug seems to connect him with something far more ancient than Christianity, ancestral memories from a stage of evolution before we were fully human.

He is convinced he is on the trail of Truth, and a revolutionary understanding of humanity's place in the universe. 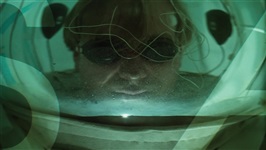 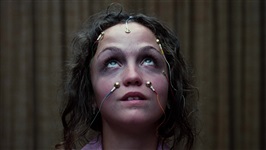 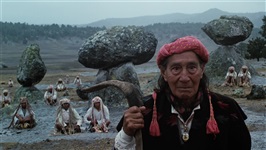 I'd never heard of ALTERED STATES until I happened upon a video where somebody has edited footage from it into a music video for Godflesh' CHRISTBAIT RISING, which is really quite remarkable.

Well, I suppose I must have heard of it as I would certainly have known that it was the source for the cover of the album STREETCLEANER at some point, but I don't remember ever hearing anybody discuss the movie in its own right.

This strikes me as odd, as it seems like the sort of film people would talk about. 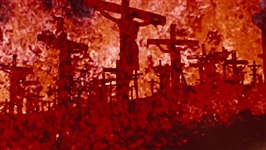 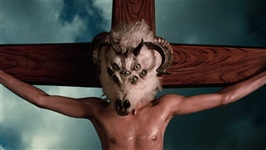 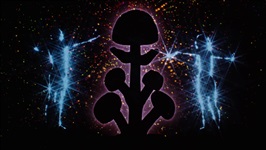 The film is intense, especially during its sequences of hallucination, which feature some extraordinary images and editing. Even when not hallucinating though, William Hurt's Dr. Jessup is an intense character, obsessed with exploring the boundaries of human knowledge and experience, and uncompromising in this pursuit.

With its big ideas and outlandish execution It's the sort of stuff that ought to guarantee "Cult Movie" status at the very least, even if it seems to have been largely derided as schlock by critics upon release. Perhaps it's due for a reevaluation?

Or maybe everybody is in fact already talking about it, and I just somehow manage to miss the conversation every time?