The Close Encounter of the Vampire (1986)

Directed by
Genre
Too close by far 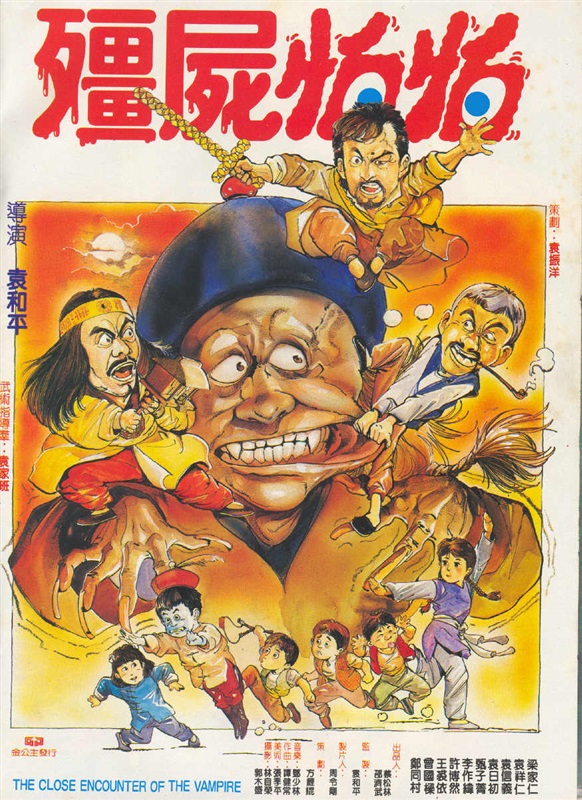 Every 50 years the village of Hunan Wanling must perform an exorcism to prevent the local corpses rising as vampires. Unfortunately one year the ritual is performed by a sham Taoist (Yuen Shun-Yi), and two Gyonsi rise from the grave - an adult and a child.

A passing Taoist (Leung Kar-Yan) detects the presence of vampires and tries to warn the village, but due to a series of unlikely coincidences he always ends up looking like the fraud. When some local orphans from Yuen Cheung-Yan's Peking Opera school happen upon Leung Kar-Yan attacking the child vampire they figure he's just a villain and take the strange little boy into their protection.

Now this isn't exactly the plot of Mr. Vampire II, but it's not a million miles from it either, and most of the criticisms I levelled at that film can be applied to this one too, e.g.

The gyonsi genre is pretty simple, you take some hopping vampires, season with a blend of comedy and action, and basically let it play out.... There's really only one way to blow the formula: try to give your vampires a personality.

(THE) CLOSE ENCOUNTER OF (THE) VAMPIRE does nothing to change my opinion on this subject - it is antithetical to the genre to try to make your vampire a sympathetic character. In that review I suggested I suppose we can give MR. VAMPIRE II a little leeway for having been the first film to commit this error, and I suppose that is still true since it was released a whole 6 weeks before this effort.

Given Hong Kong's approach to film production it's entirely possible that this film was made after the Yuen Clan saw MR. VAMPIRE II, and should therefore really have known better.

It's also generally a bad idea to give most of your screen time over to pre-teen children, as they cannot act, and any leeway "cute" buys them has to be used sparingly.

You would think that a Gyonsi film directed by Yuen Wo-Ping, with action credited to the Yuen Clan, could at least be counted on for some crazy inventive stunts and fights... and you would be wrong. There's not much action and what there is is not very good - far below the standard of Mr. Vampire, and with none of the ingenuity of Yuen Clan fare such as MIRACLE FIGHTERS and Taoism Drunkard.

There's very little to recommend the film at all - the comedy is lazy, typical comedy of errors and slapstick stuff. The action is mediocre, the plot is misconceived. Lam Ching-Ying isn't in it... I could go on.

If it has one redeeming feature it's the young actress who plays the "big sister" of the Peking Opera troupe, who shows off some impressive moves early on in the film... but it doesn't really follow up on this, she doesn't get a proper fight scene and her role in the climactic battle is small. I was curious who she was, and after a bit of research it looks like she is Donnie Yen's sister, Chris Yen Tze-ching! She really showed potential, but apparently didn't make another film until she had a small role in big brother's Protege De La Rose Noire, eighteen years later. Curious. 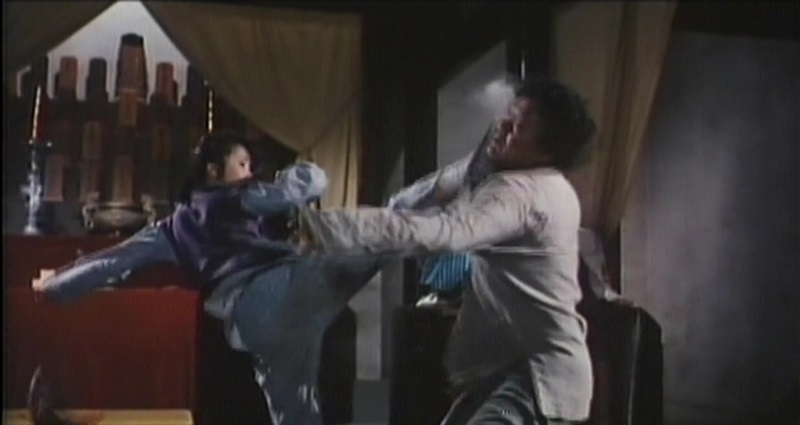 There's nothing else except perhaps an unhealthy obsession with Leung Kar-Yan that would justify the effort of tracking this film down though.