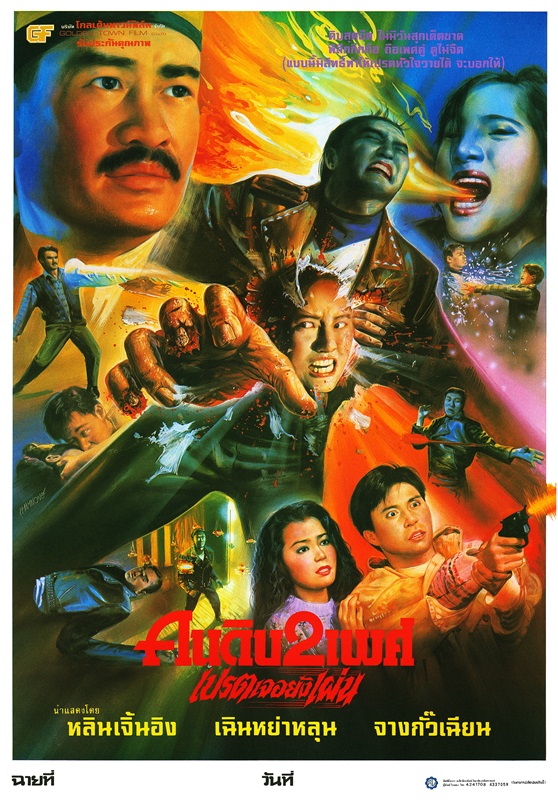 Taoist priest Lam Ching travels to Thailand to help the local police take down a pair of murderous sorcerers. With the villains dead he heads back to Hong Kong, but on the way to the airport they hear that the villains' bodies have been stolen.

As it turns out, two dead sorcerers who were cruel-hearted lovers are the exact ingredients that a black magician needs to create a Terrific Vampire - an indestructible monster who can change sex at will and absorb the memories of anybody it has sex with, or whose brain it eats!

To become truly invulnerable the Terrific Vampire only needs one more thing ... within 7 days it must eat the brains of a girl who was born in a spiritual hour.

Back in Hong Kong, Lam Ching goes to see his daughter (Ellen Chan), reminding her to choose her dates wisely, because as a girl born in a spiritual hour she will bring great wealth to her lovers...

Wong Jing must have been on one hell of an acid trip when he came up with the script for WIZARD'S CURSE, which is both deliriously inventive and deliciously trashy. It takes equal parts inspiration from the Gong Tau genre, Mr. Vampire and the sex comedies of... well, Wong Jing.

With Yuen Cheung-Yan in the director's chair things move along swiftly, flitting cheerfully between the bloody rampage of the Terrific Vampire, the paternal concerns of a traditionalist Taoist with a beautiful daughter of dating age, said daughter's love life, and the inevitable battles of magic and kung fu when all these paths cross.

There are some delightfully imaginative scenes, some genuinely laugh out loud moments and some exciting action sequences. The mix of horror, comedy and action is a shining example of Hong Kong cinema's ability to do a lot with a little, making up for any lack of budget with an excess of creativity.

The Terrific Vampire's ability to shift between genders gives Billy Chow and Tsui Man-Wah some great opportunities for gleeful destruction and perversion, and there are some very creative effects (for the time and budget) deployed in this direction. 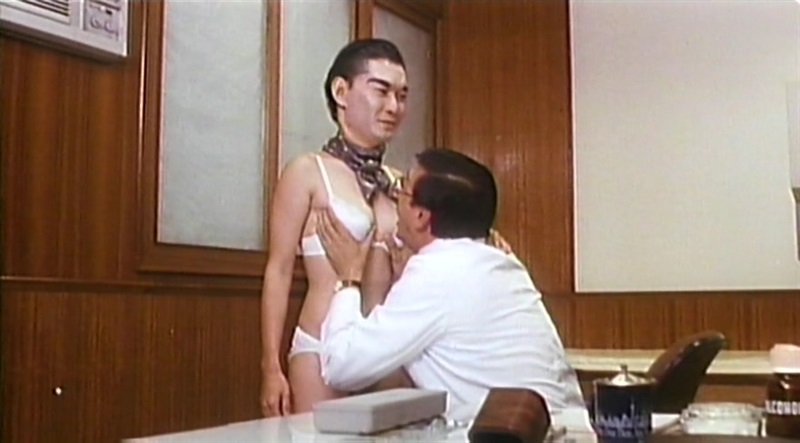 It's perhaps not quite as accomplished as Eternal Evil Of Asia at mixing all these ingredients together, but it's definitely a worthy effort in that direction. Definitely a must see if this is your cup of tea! 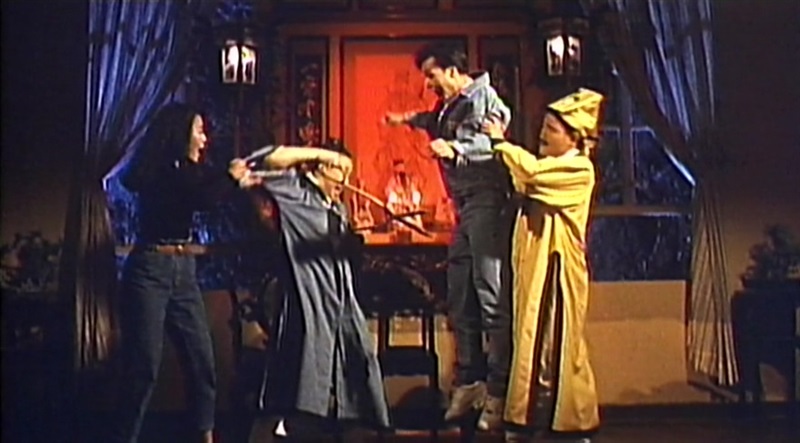