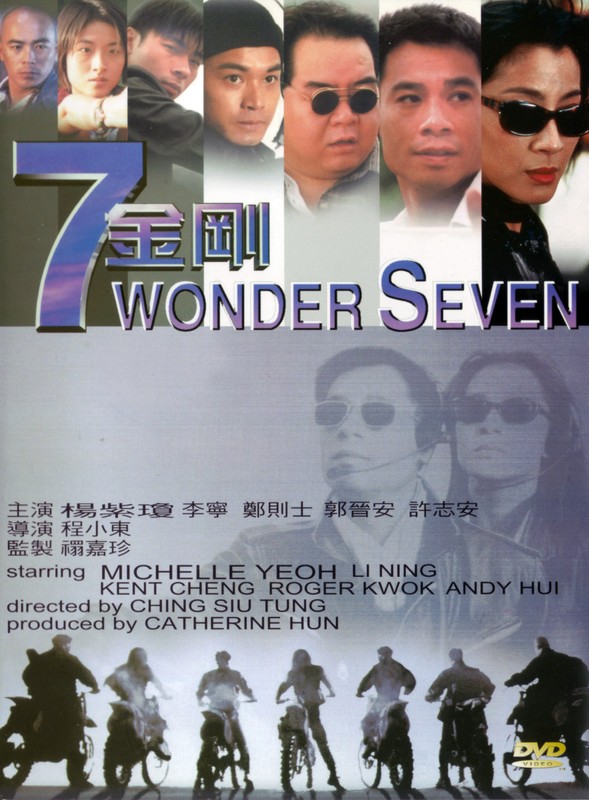 Seven special forces soldiers from mainland China work in Hong Kong as secret agents, fighting criminals that the Hong Kong police can't touch or that might be politically sensitive. A Chinese colonel tasks them with stopping an arms deal going down between a rogue Chinese element and a US arms dealer.

WONDER SEVEN was one of the first DVDs I bought when I got a multiregion DVD player, opening up the wonderful world of cheap import DVDs from Hong Kong. Those were the days ... I would have to sell a kidney now to place the sort of order I used to make every month.

Ching Siu-Tung was near the top of my pantheon of Hong Kong film-makers at this time, having directed or worked on many of my favourite films like A Chinese Ghost Story, Duel To The Death, The Heroic Trio and The Killer. My expectations were high.

They were to be disappointed, and I had to question Ching Siu-Tung's actual contribution to those great films, because I thought WONDER SEVEN was one of the worst films I had ever seen.

Considering that it was made in 1994, well after some of Ching Siu-Tung's most impressive work, this film feels surprisingly amateurish and also oddly dated. For some reason I thought it was made in 1987 for most of this rewatch... possibly just because it looks, feels and sounds exactly like it had been made in 1987.

Apart from anything else there is the weird fetish for that bane of 1980's action movies, the dirt bike. So many directors have been tempted by the combination of dirt bike and shootout, and so many have learnt the hard way that it is a ridiculous combination. To be fair, even Hard Boiled made this error in 1992, but by 1994 surely everybody except Ching Siu-Tung had realised it was a bad idea? 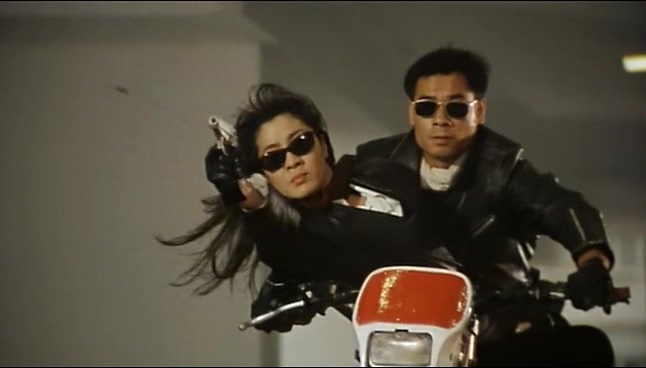 The action scenes generally seem a bit disjointed, often favouring capturing characters in cool poses (in slow motion if possible) over continuity. I guess this is perhaps true of Ching Siu-Tung's work more than most - especially when he hasn't got another director around to inject a bit of discipline.

There are some very cool poses though, mostly courtesy of Michelle Yeoh, and they're generally captured at a suitably stylish angle ... the camera man must have spent most of the shoot on or very near the floor. There appears to have been a wind machine following most of the cast around (especially M. Yeoh) for almost the entire shoot.

The plot is pretty corny, and most of the Seven are not very well developed as characters. Andy Hui gets more development than most, possibly a negotiated condition of using several of his ballads in the soundtrack.

Most of the screen time goes to Li Ning, as the leader of the group, and Michelle Yeoh - not actually one of the Seven, though definitely the most Wonderous part of the film. Li Ning tries hard to match the charisma that Michelle exudes effortlessly ... and fails.

Chief villain Chin Ho is probably a more developed character than most of the heroes - at least you'll probably remember he was in the film.

Re-watching it 20+ years later though, lowered expectations definitely work in WONDER SEVEN's favour, and I actually found myself enjoying it quite a bit. It's corny and not especially well made, but it's fun and has a couple of impressively OTT action scenes. Thinking it was made in 1987 probably made me judge it more favourably, as it would have been quite ahead of its time in some regards.

Or maybe my standards have just slipped!