Directed by
One of the classic samurai films 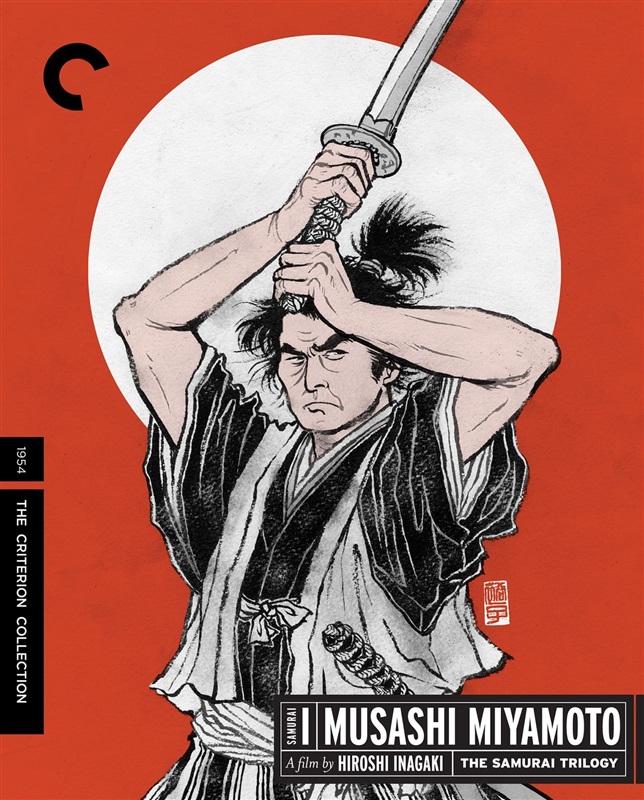 Toshiro Mifune plays Takezo, a hot-headed young man who leaves his village to seek fame and glory in war. He quickly learns that war for a young man with no martial training is less about fame and glory and more about digging trenches, and when his army is defeated he leaves the battlefield dejected and supporting a wounded friend.

Upon returning to his village he is harassed by occupying soldiers at a checkpoint, and when he fights back the army declare him a fugitive and threaten his entire village with retribution unless they turn him in. A Buddhist monk finds him hiding in the mountains and sees potential in the young man, if only he could develop the wisdom and temperance to match his strength and bravery.

The first film in Hiroshi Inagaki's Samurai trilogy is essentially an origin story for Musashi Miyamoto - for that is the name given to Takezo when he completes his studies of Buddhist philosophy. Musashi was a famous swordsman from Japanese history and folklore, and the subject of a popular novel from the 1930's which directly inspired this trilogy.

At this point in his life Takezo is still wild and impetuous, not yet a master swordsman, and this is reflected in his few fight scenes (the film is not an action fest). He is fierce and strong, never afraid to charge at his opponents even when they are better armed and more numerous, but he is not exactly skilled and definitely not disciplined. As a result the fights have a rather desperate urgency to them that is nothing like the tightly choreographed fight scenes of a Hong Kong swordplay film. 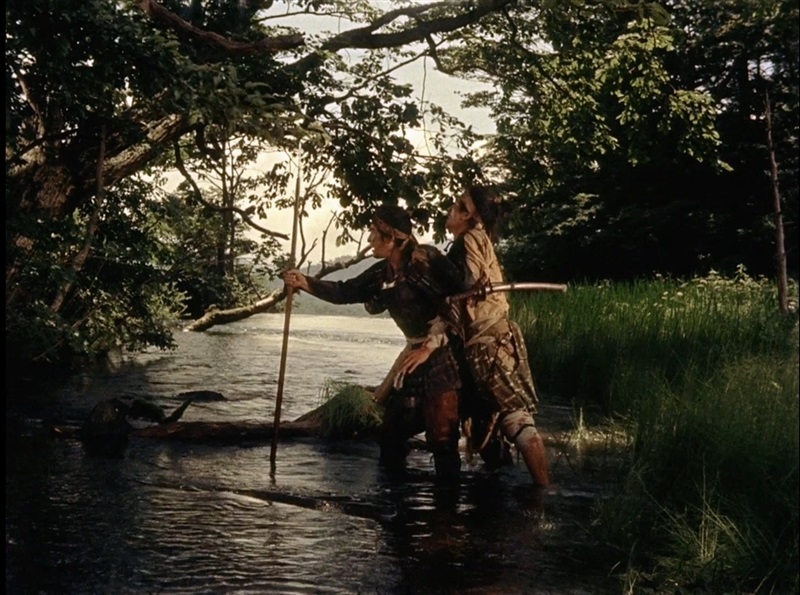 Inagaki's film is shot in colour and is glorious to behold, with stunning compositions in a 4:3 aspect ratio - quite a shock for a modern viewer accustomed to this type of cinema being presented at a much wider aspect ratio. Something about the film stock, the lenses ... hell, maybe it's the light ... gives the films of this era a kind of classical look that more modern equipment doesn't seem capable of reproducing. No matter how big the budget or talented the film maker, more modern samurai films always seem to look more artificial in some way.

Although Western audiences tend to know Toshiro Mifune from his prominent roles in Akira Kurosawa's samurai films, it was apparently Inagaki that first presented him as the iconic samurai figure with which he is most identified. This film was made in the same year as Kurosawa's Seven Samurai, and although Kurosawa's film is more widely known and acclaimed these days, Inagaki's was probably more successful at the time - even winning an Academy Award.

Toshiro Mifune tends to command a screen whenever he appears on one, but Musashi Miyamoto is almost dominated by its female characters, with Kaoru Yachigusa, Mariko Okada and Mitsuko Mito all giving very different but very memorable performances. Kuroemon Onoe's Buddhist monk is also a memorable character and performance. 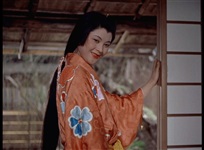 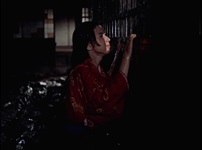 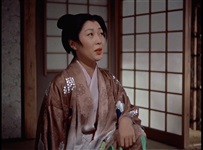 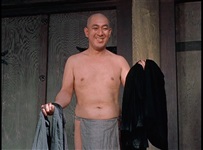 There's something else about the films of this era which modern films are seemingly unable to recreate (and by "modern" I mean at least the past 40 years)... there's a sincerity and naivety to them that just wouldn't be possible now without looking ridiculous, but which seems entirely natural and authentic here.

Each character we meet views the world in a way that shapes the way they act, and the film critiques each to deliver an earnest message about the virtues of discipline and self control, to focus raw power into a more virtuous and enlightened way of life, The transformation of Takezo into Musashi is the most obvious and profound arc in the film, but apart from the already wise Buddhist everybody is somewhat changed by the end of the film.

SEVEN SAMURAI may have been a more radical film, more innovative and influential, but Musashi Miyamoto is clearly a classic of the old style - the sort of film which I assume everybody recognised as a classic the moment it was screened.

It's certainly one of the best and prettiest Samurai films I've seen, anyway.