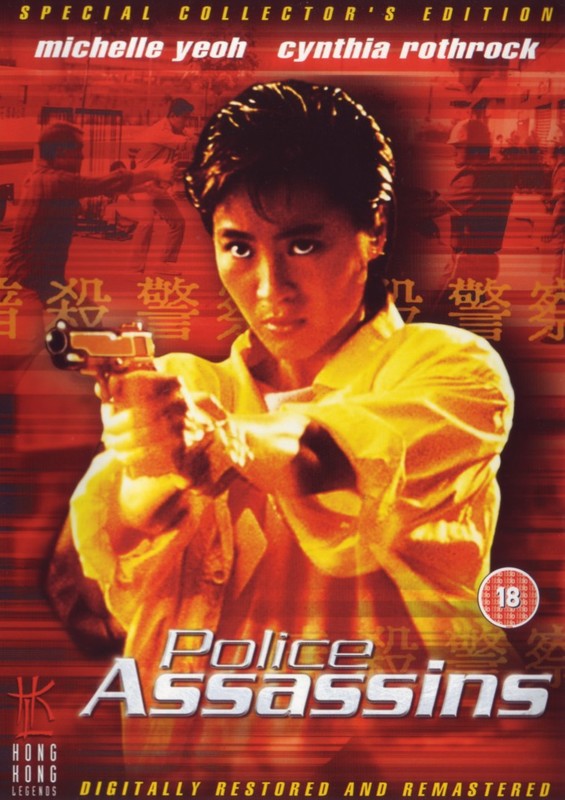 Yes Madam! was the archetypal girls with guns movie, setting most of the conventions that hundreds of other movies would follow after it. The fact that it spawned an entire genre obviously shows the impact it had on Hong Kong audiences on its release.

Michelle Yeoh makes good of her first starring role, though her image in the 80's was very different to the classier image she has now. In the 80's she was very cheesy... but so was this movie. Corey Yuen has never been a subtle director, and the contrived plot is sometimes a little embarrassing, as is some of the humour. Sometimes it works though. The real star of the movie is of course the action though, which is very intricate and imaginative... and extremely brutal. I guess this was about the time that HK action was transitioning from the older more choreographed action to the newer modern day brutality. Yes Madam! and Police Story are fine examples of this style - lots of smashing and crunching and winceworthy falls. Great stuff in other words!

Yes Madam mostly deserves credit for the influence it had, rather than as a stand alone movie. It's not bad, but it's not exactly great. Michelle's follow up Royal Warriors takes the idea much much further, and is probably the best the genre ever produced - and one of the best HK movies of all time, in my opinion :) Yes Madam is definitely not in that league, but it's still a must see HK movie.

Also known as In The Line Of Duty II... a retrospective retitling that cheerfully ignores the fact that it was the first film in the series that would acquire that name. Released on DVD in the UK as 'Police Assassins', for no obvious reason.