Directed by
Genre
One of the last really memorable Jackie films 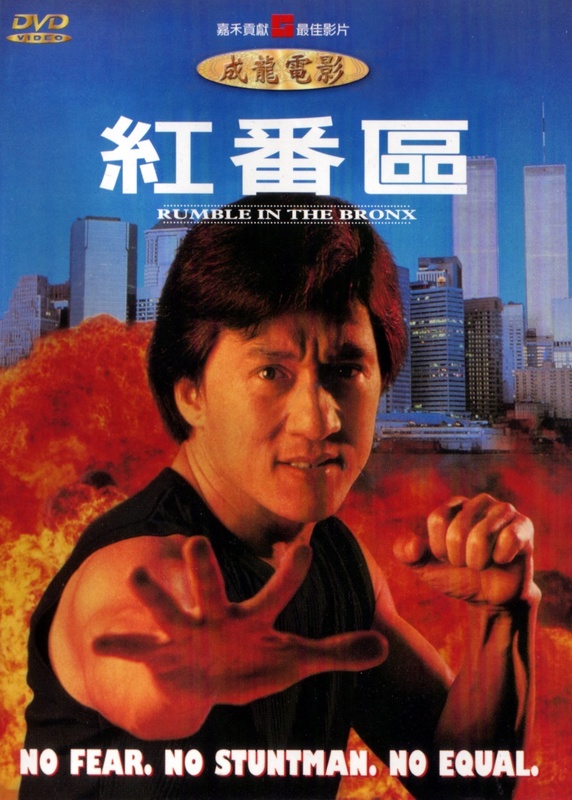 Technically, the rumbling in the film takes place in Vancouver, but it's hardly the first time that Canadian city has been New York's stunt double. RITB is often noted as the film that made Jackie a household name in the US, but since he'd been a worldwide star for most of 2 decades before that, who cares about the US householders? Well, Jackie did apparently - he never considered himself to be truly successful until he'd "made it" in America... a conceit that sadly resulted in a decade long (and counting) decline in the quality of his films, once Hollywood finally woke up to his talent and proceeded to waste it in a string of increasingly lame films.

But, before that happened, there was RUMBLE IN THE BRONX - one of the last "real" Jackie Chan films the world will ever see, I expect. The story of a Hong Kong cop caught between American street thugs and, umm, the Russian mafia or something... is hardly the stuff of legend, but the film packs in some fantastic fight and stunt work showcasing Chan in peak form (a peak that had lasted for 20 years, happily, and was only just starting to roll off). The fight choreography is typically imaginative and the stuntwork typically dangerous, and the grand finale in, on, and under a huge hovercraft is genuinely inspired. Stanley Tong may not be a great director when it comes to drama & narrative, but he does have a gift for conceiving spectacular action set-pieces.

In between the action we have some nice healthy family-value promoting sort of stuff going on, with Chan reforming lost women and looking after a kid in a wheelchair, and making life hard for the new owner of his uncle's supermarket. That owner would be Anita Mui, who provides most of the comic relief in the film (after Bill Tung leaves), and is charming and classy as ever - even when suffering miserably as she does for most of the run time (it's quite cruel comedy in this film!).

Speaking of running time, the viewer essentially has 2 options for watching the film - the American version, featuring the correct language (English!) but cut by about 15 minutes, or a full-length version dubbed into Mandarin. I've now seen both, but it was a long time between the two so I couldn't give much detail about the differences - I think some of the darker elements in the plot were probably removed for Western audiences, and possibly Jackie's snogging scenes with the very lovely Francois Yip 'cause I didn't remember that happening before!

It's not the story that you'll remember the film for though - it serves its purpose but little more. The action scenes should be enough to satisfy any fan of action, and there are moments that rank amongst the best of Jackie's career, and certainly higher than any he's given us since. It's a shame that half the people in the west think this is actually where Jackie Chan's career started! Oh well, their loss :)