Directed by
Genre
Tightly executed take on the human hunt 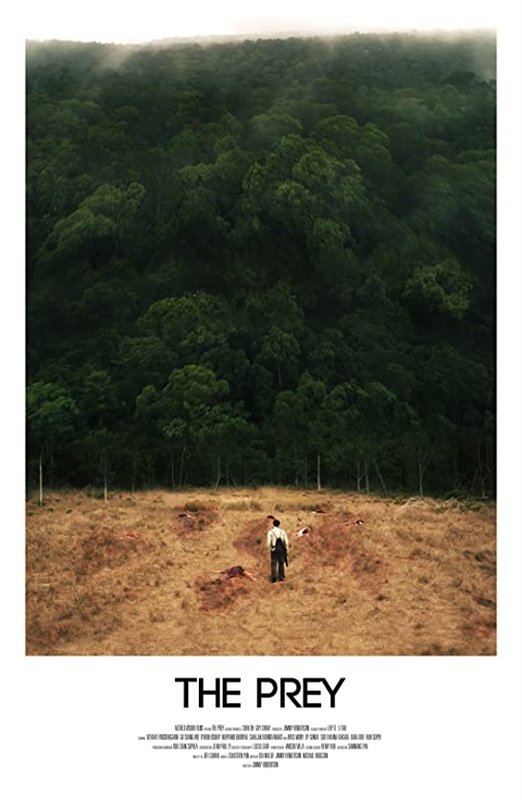 Cambodian police raid a gang hideout and take the few survivors to a prison somewhere in the no man's land along the Cambodia-Thailand border. The warden there has a side business, bringing wealthy customers from Thailand to the jungle and releasing prisoners for them to hunt.

Their newest victim turns out to be no ordinary thug, but a well-trained Chinese agent who was undercover in Cambodia, and he isn't going to be hunted without a fight.

Jailbreak was probably the highlight of the 2017 London Film Festival for me, being one of the first Cambodian films to screen internationally (Cambodian cinema has not historically been fit for export) and very obviously inspired by The Raid. It featured the sort of stuntman-destroying fight scenes of the post Ong Bak world, and was a taught, exciting piece of action cinema.

THE PREY reunites much of the same crew, including director Jimmy Henderson and choreographer Jean-Paul Ly. It's certainly not an original concept, but it's a well executed take on the theme which doesn't waste much time on exposition and manages to avoid the worst cliches that it could have stumbled into.

The action tends to revolve around guns more than martial arts, though it often results in the combatants fighting for control of a weapon. The fights are mostly raw, desperate struggles for survival rather than demonstrations of skill or technique. A face off between Gu Shangwei and Dara Our is the closest thing to a traditional martial arts fight.

Gu Shangwei is the star of the film - I've never heard of him before but it looks like he's done a few films in China. He fights well ... as far as I can judge, given the rough and tumble choreography. I guess that casting a Chinese lead and having quite a lot of dialogue in Mandarin suggests that they're aiming for the Chinese market. Curiously, most of the dialogue that isn't in Mandarin is in Thai - I didn't hear much Khmer spoken in the film at all.

THE PREY succeeds partly by not being too ambitious, but also by technical competence and staying quite grounded. The action is believable, with no over the top action hero moments, which makes the stakes feel that much higher. It doesn't have the sort of "damn that must have hurt" stunts that make films like JAILBREAK so fun to watch, but it still manages to get the adrenaline pumping for a good portion of its 94 minutes.