Directed by
Genre
Waste of space, time and human 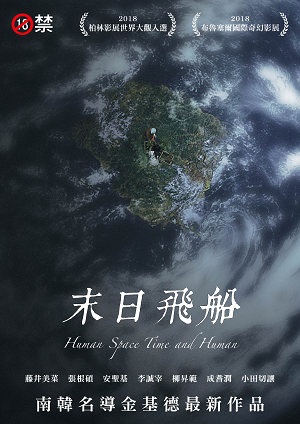 A Japanese couple take a honeymoon aboard a decommissioned battleship, where their fellow passengers include a politician and his son, a group of gangsters, a handful of prostitutes and an old Buddhist. Before the first night of the voyage is over there has been a murder, several rapes and an attempted suicide.

When they wake up the next day the passengers discover that their vessel is now floating high above the clouds. With no indication that their ship is about to return to land the passengers form a hierarchy of dominance. The politician gets the best room and the best food, and when people complain this is unjust the gangsters take it upon themselves to be his muscle.

As the days pass and food starts to run short, tensions flare and people begin to turn on each other. Only the old Buddhist remains detached, serenely tending to his small garden.

I suppose that this is a sort of thematic sequel to Spring, Summer, Fall, Winter... And Spring, which I don't remember very well - but I seem to recall there not being a lot of talking. Kim Ki-Duk is at his best when he lets the camera do the talking instead of the protagonists, as in 3-Iron or The Isle.

There is a lot of talking in HST&H. 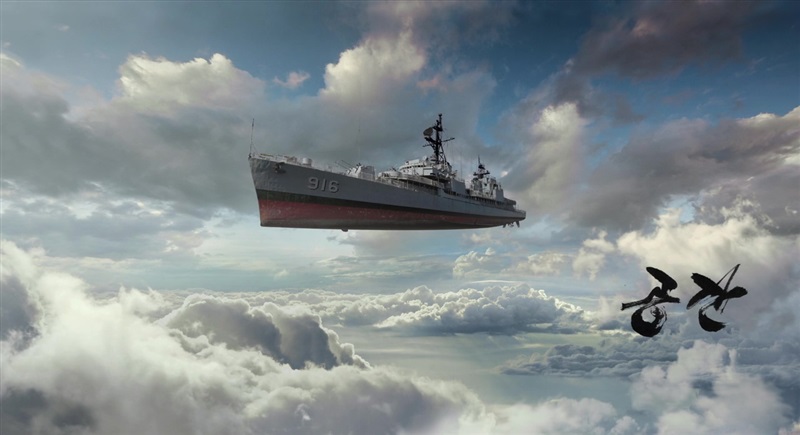 I realise now that the reason Kim likes silent protagonists so much is probably because he is terrible at writing dialogue. He has never been a subtle director, and if anything he seems to have got less subtle with age, yet even though it is all blindingly obvious he can't resist having characters explicitly state the messages and call out the metaphors in this film. There's an entirely redundant layer of exposition just in case you didn't get what he wanted to say. Maybe that was a problem in the past - apparently I didn't extract much meaning from SSFW&S if my minimalist review is to be trusted - but it's probably better to be inscrutable than to painstakingly explain how shallow your film is.

The obvious metaphor is the ship as society, with corrupt leadership maintained via a monopoly on violence, and the stability of that society only ever being a meal or two away from collapse. It's not very original, and was done better in TRAIN TO BUSAN and Snowpiercer (and dozens of other films).

Next up we have Ahn Sung-Ki's manifestation of Buddhist philosophy, of rising above material concerns and recognising that it's all part of the great cycle of life, death and rebirth. I'm not even sure it counts as a metaphor it's so explicit.

Worth noting that the Buddhist detachment that Kim seems to want to promote with the film wouldn't have worked out so well if the other passengers had decided that this placid presence in their midst was a nuisance.

Another message you could read from the film is that maybe the occasional rape isn't so bad and we probably shouldn't judge people so harshly for it really, which would be awkward given the #MeToo allegations Kim faced not long after it was released.

There are some moments of dark humour towards the end of the film which had me wondering if I was taking it all too seriously and being too harsh in my assessment, but by the time the end credits rolled it had convinced me again that my contempt was justified.

I don't often give out the lowest rating for a film, it has to actively annoy me for that to happen (and usually I just stop watching if it's annoying me), but I think that it is deserved here. Such a ham fisted attempt at social commentary that sabotages itself by over explaining its already blatant metaphors is an insult to the audience and the cinematic art form.