Directed by
Genre
A landmark in animation and sci-fi 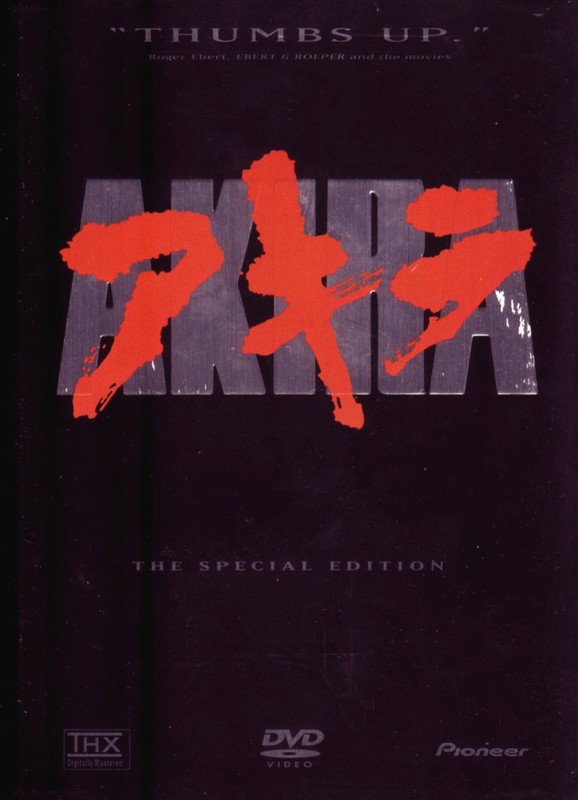 31 years after World War 3 wipes out Tokyo, Neo Tokyo has risen from the ashes - bigger and brighter than ever, but ruled over by corrupt politicians. A young biker called Tetsuo begins to manifest psychic powers after an encounter with a strange child, and is taken away by a clandestine government agency. His friend Kaneda gets involved with a group of rebels opposed to the government, hoping they will help him rescue his friend.

As Tetsuo's powers begin to grow he becomes obsessed with finding the legendary Akira, a psychic whose powers were beyond anything seen before or since.

AKIRA is a landmark in Japanese anime and in science-fiction, one of the defining films of the Cyberpunk genre thanks to its depiction of a dystopian technological metropolis. It's a very adult film, which can come as a shock to audiences who associate animation with children's entertainment - such as the group of mothers who took their infant children to a screening I was at in San Francisco in 2001.

I think AKIRA was the first anime I saw, when I caught it on Channel 4 (UK) in my teens. Needless to say, it blew my mind - I don't think I'd seen any film as rich and as challenging, animated or otherwise, before. It's still the bar by which all other anime is judged, and nothing else really matches it. Ghost in the Shell certainly looks amazing, and its "philosophy essay in the disguise of a cyberpunk action film" script makes for a pretty cerebral and adult experience. MACROSS PLUS had fantastic animation and action sequences, and one of my all-time favourite soundtracks, but storywise it was just "TOP GUN in space". Maybe some of Hayao Miyazaki's films come close.

AKIRA was probably one of the last animes to be completely hand drawn, and at the uncommonly high rate of 24 frames per second at that. As a result it looks remarkable, having a feel that more modern, computer-assisted animation doesn't quite capture (though that has its virtues and triumphs too). I dread to think how many man hours of animation it must have taken, or what the budget must have been. It was certainly worth the investment though.

I suppose that a Japanese film about humans gaining access to an extraordinary power without the maturity required to control it, resulting in mass death and destruction, is probably a metaphor for the atomic bomb. The end of the film gets pretty weird, with a surreal sequence somewhat reminiscent of the final act of 2001: A Space Odyssey, suggesting that future humanity will some day be capable of harnessing this power, but we need to grow and evolve to a state where we can do so safely first.

The film presents a pretty cynical view of humanity in its present form, with characters variously shown to be corrupt, naive, vain, jealous or at best kinda lazy, but at its heart it has a message that we can - and must - become better.

32 years after its release AKIRA remains one of the most fascinating science fiction films, animated or otherwise, and I would probably rate it amongst my top ten films of all time.