Directed by
9/10 - With women nothing is impossible 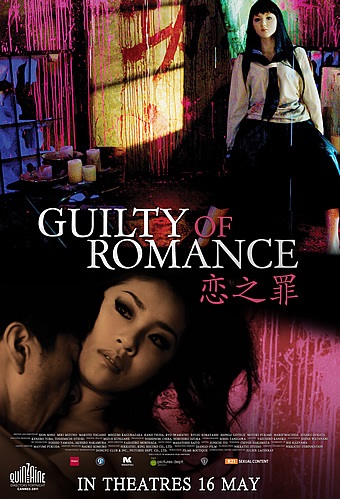 A corpse is found in an abandoned apartment in the Shibuya love hotel district, decapitated and dismembered with the missing parts replaced with pieces of a mannequin. The detective assigned to the case begins looking through missing persons reports to try to identify who the victim might be.

A portrait of one missing woman sends us back in time to tell the story of Izumi, the wife of a successful romance novelist whose marriage is far removed from the kind of steamy scenes he writes for his characters. Her husband leaves home early in the morning and returns late at night, expecting his wife to have cooked and cleaned and organised their domestic affairs, and offering little in the way of intimacy.

Feeling that life is slipping away from her on the cusp of her 30th birthday, Izumi takes a part time job in a supermarket, where she is scouted by an agent for a "modelling" company and persuaded to go for a photo shoot. At the shoot she is pressured into revealing more and going further than she is comfortable with, but the experience of being made to feel "sexy" awakens a desire in her.

Izumi takes to hanging around the love hotel district, where she is picked up by a peculiar figure who takes her to a love hotel and subjects her to some degrading and frightening abuse. Leaving the scene she meets an older woman, Mitsuko, who is a respectable university lecturer by day and a street prostitute at night. Mitsuko takes Izumi under her wing and encourages her to embrace her physicality, and to throw off the shackles of the traditional roles society has designated for her. 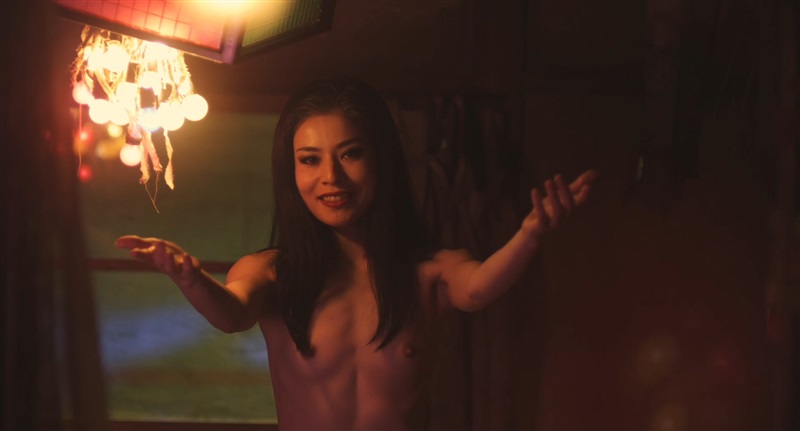 You may remember, though, that the film starts with a dismembered corpse, suggesting that Izumi's sexual awakening might come at a cost.

It's worth noting that GUILTY OF ROMANCE comes in two versions, a 113 minute International Cut and a 144 minute Japanese cut that is more typically Sion Sono-sized. The international cut removes almost all of Miki Mizuno's scenes as Detective Kazuko, leaving the whole murder thing feeling a bit like a third wheel. The full length version restores her to a central role, showing details of the investigation and her personal life which add an extra dimension to the film, elevating it to a higher level.

In its full form the film is a layered, challenging examination of both the repression of women in conservative Japanese society and the liberation offered by radical feminism, but it is not an endorsement of either. Izumi bounces from one extreme to the other but is not allowed to make many of her own choices in either framework. This is where the extended cut comes into its own as Detective Kazuko is herself at a juncture in life, tempted by desires that could lead her in either direction, and her experience provides a perspective that is missing in the shorter version. 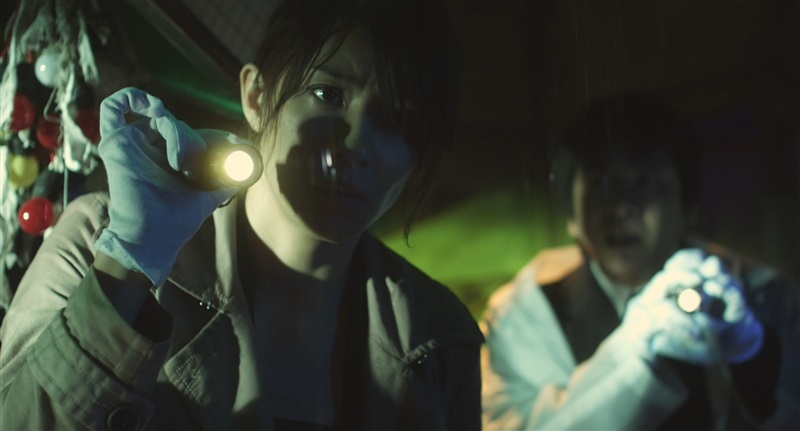 Izumi's exploration of her sexuality frequently leads her into situations where she is uncomfortable, putting it mildly, but by enduring them she builds self-confidence and slowly becomes more aware of what she wants and more assertive about attaining it. It is by no means a smooth journey, or one which always brings her happiness.

GUILTY OF ROMANCE goes to some dark places, exposing an underbelly of moral turpitude beneath the veneer of respectability Japan likes to present. Izumi's explorations leads her into situations where she is exposed to some extreme forms of depravity. Various people she encounters exploit her submissiveness and instinctive obedience to manipulate her into satisfying their own desires.

As this is a Sion Sono film, and the third part of his nominal "Hate Trilogy" that began with LOVE EXPOSURE, the film doesn't flinch from showing us the dark side of human nature, with the maggot-infested corpse which opens the film being an apt piece of symbolism for the picture of society the film presents. All due credit must be given to Megumi Kagurazaka for her bravura performance - her character's journey can be uncomfortable to watch at times, so one can only imagine what it must have been like to inhabit it.

Sono seems to be equally critical of the patriarchal society which requires Izumi to repress her very self in order to conform to a respectable role, and of the more radical forms of feminism which reject all restrictions on a woman's behaviour. It implicitly rejects the way of thinking that depicts women as either virgins or whores. It doesn't present some middle ground as the virtuous path, either, indeed it doesn't offer any easy answers or suggest there is some correct way to live your life. 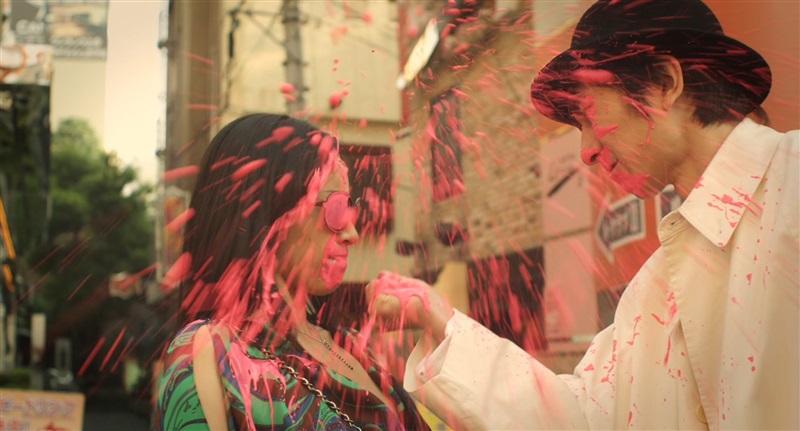