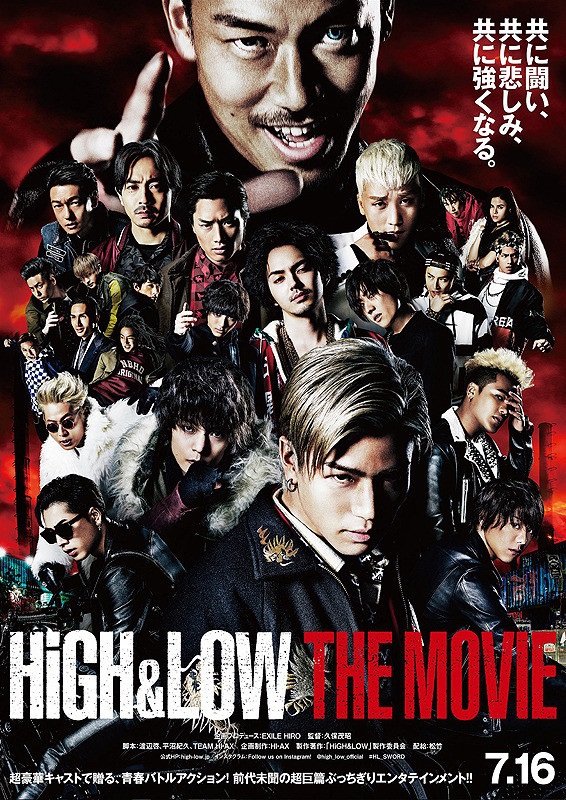 When rival gangs invade their turf and cause serious damage, the five gangs that make up S.W.O.R.D. put aside their differences to protect the region from external threats.

HIGH & LOW: THE MOVIE was the first feature film in the HIGH & LOW franchise, following on from two TV series. The events of the series are summarised rather ineffectively in Road To High & Low but there's also a brief recapitulation at the start here, so you could probably dive in here and it wouldn't be much more confusing than it is anyway.

Like Road, the film seems unsure whether it is meant to be telling an interesting story or is just a vehicle for the various pop stars in the cast to look tough and cool for their fans. It plays a bit like an ode to narcissism, and I suspect at least 30% of the budget went on hairdressing and eyebrow dye.

HIGH & LOW: THE MOVIE is a step up from ROAD TO HIGH & LOW in that it was at least written to be a movie rather than retrospectively edited into one, but it still feels like it's riding on the series' coattails, and if you haven't seen the series (like me) then the many flashbacks to it won't bring to mind rich memories of past events - which is presumably what they're intended to do.

Maybe it's because director Shigeaki Kubo comes from TV that he has what appears to be a serious flashback addiction, as I doubt there are 15 consecutive minutes without one here. Some of the flashbacks were familiar from Road but I wasn't sure whether others were part of the series or new material. Sometimes they were just flashbacks to earlier in the film. This sort of thing is common in broadcast TV where it might be months between two events from the viewer's perspective, but it makes a two-ish hour film feel very disjointed and jumbled.

I assume that the flashbacks which occupy a large part of the final reel are from the original series, as otherwise it's hard to imagine why anyone would care or find it to be particularly cathartic emotionally. It could just be bad writing though. 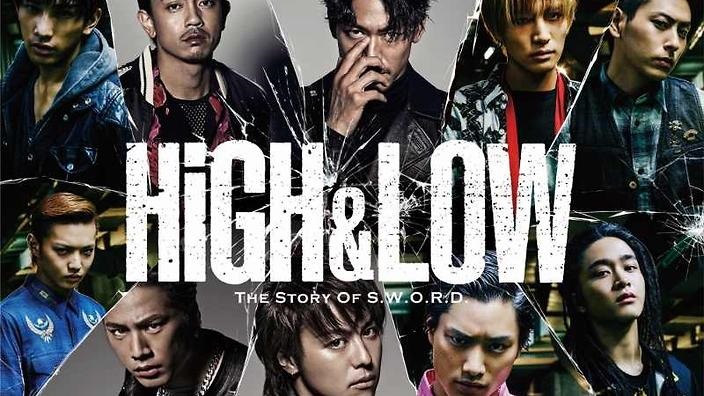 Once you get past all the posturing and preening the film's main attraction is a couple of fight scenes that are quite well choreographed and filmed, including an epic brawl between literally hundreds of fighters, captured with some cool drone camera work and impressively long takes... though these are mixed in with some shaky handheld cams and over-keen editing. In general the action is of a surprisingly high quality.

Unless you're a fan of the series or the bands involved I'm not sure it's worth sitting through 2 hours of histrionics and machismo to get to these fights though, I'm sure they're on YouTube or somewhere.