Directed by
Uneven and ill thought out 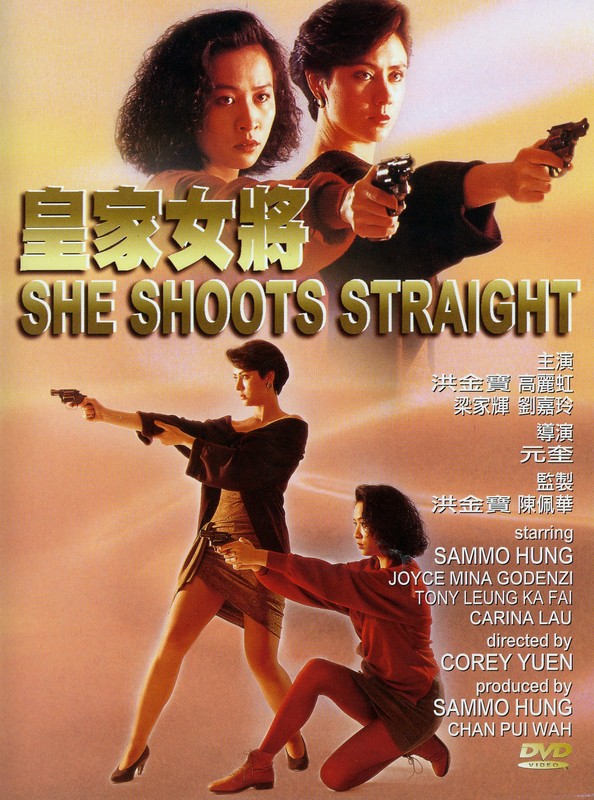 Another Girls With Guns movie from genre father Corey Yuen (statistically more men have guns than girls in the movie, but it still belongs in the GwG genre).

Tony Leung Ka-Fai and his 5 sisters all join the police force in honour of their deceased cop father. Family tensions are caused when Tony marries female inspector Joyce Godenzi, with Carina Lau in particular feeling that he is losing face by having a wife more successful than he is (or is it just jealousy?). The family make a good impression by foiling the robbery of a gang of Vietnamese thieves led by Yuen Wah without absolutely every innocent person in the vicinity getting shot, but Wah swears revenge against them for the death of his brother.

The movie is paced with typical Corey Yuen randomness... the first 20 minutes is a manic action dash that somehow serves as character introduction too, then it alternately lurches between melodrama and more action in a rough manner. There is a section of melodrama in the middle that seems like it drags on forever. The plot of the movie could basically be described as "both cops and robbers get pretty much what they deserve from a series of really ill-thought out plans". None of the movie is very well thought out, but that's reasonably typical of the genre and the time. The action is the movie's saving grace, and we get some pretty well staged gun fu... Joyce Godenzi suffers her way through quite a lot of her own stunts, and Carina Lau comes off fairly well too. Yuen Wah's super-tough sister is also pretty impressive.

Corey Yuen fails to get good performances out of any of his characters, though Joyce Godenzi has her moments. Carina Lau in particular is shrill and stupid to the point of frustration, and even though Sandra Ng only has a small role, she managed to really annoy me whenever she was on screen - might have been the hair. Sammo Hung also has a small part, which he manages to give a suitably dignified air too.

It's not a particularly good film, but there's some entertainment to be found in there.