Directed by
7/10 - Enjoyable, if not first-rate Chor Yuen 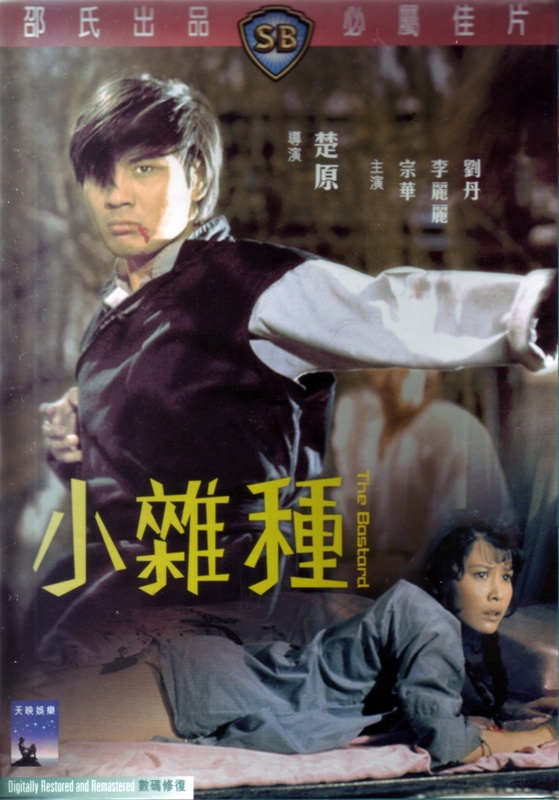 I was looking forward to this movie from the moment I heard its name... THE BASTARD. How could a movie called THE BASTARD not be good? When I found out it was directed by Chor Yuen I was totally sold, as his Shaw Brothers movies have all been very enjoyable so far. This is the first Chor Yuen movie I have seen that isn't based on a Ku Long novel, though

A baby is left on the steps of a temple, and an old kung fu master picks it up and takes it to his hideaway for whatever reason. For the next 18 years he trains the child in martial arts, plus a few written words. Then he tells the now grown up man to head off to find his parents. In his 18 years training the guy has developed incredible kung fu, but learnt absolutely nothing about the world. He really is totally feckless, and something of a dork. Arriving in town with no name and no family, he is given the name Little Bastard - a name he is perfectly happy to adopt. He meets a perky young female beggar and the two become friends, and she tries to teach him a little about the world. When he protects her from a gang of would-be rapists, he makes enemies of the rich household that runs the town and to which the thugs belong.

THE BASTARD is played by Chung Wa, in a convincingly dorky manner. His simple outlook and good natured naivety are nicely contrasted by Lily Li's spunky streetwise manner. He really would be quite lost without her. The one thing he has is his kung fu, which is lucky since he gets himself into quite a number of fights throughout the movie. The action choreographed by Yuen Cheung-Yan is good without being particularly remarkable, and is perhaps let down by the fact that Chung Wa doesn't seem particularly skilled as a performer.

As with most Chor Yuen films, almost the entire movie is filmed indoors on the typically luxurious sets that characterise Shaw Brothers movies. It's another very nice looking and nicely filmed movie. The script is fairly well written, and much easier to follow than the Ku Long-originated plots Chor Yuen usually films. You will want to slap Little Bastard more than a few times though, as he is mind-bogglingly naive and clueless. The film really belongs to Lily Li, as her performance is definitely the liveliest and most memorable - and her character the most interesting.

The film is more of a drama than an action movie, but it contains enough action to satisfy the action fan and is also a solid drama. It's enjoyable, even if it is not first-rate Chor Yuen.