Directed by
Not quite as bad as Black Mask 2 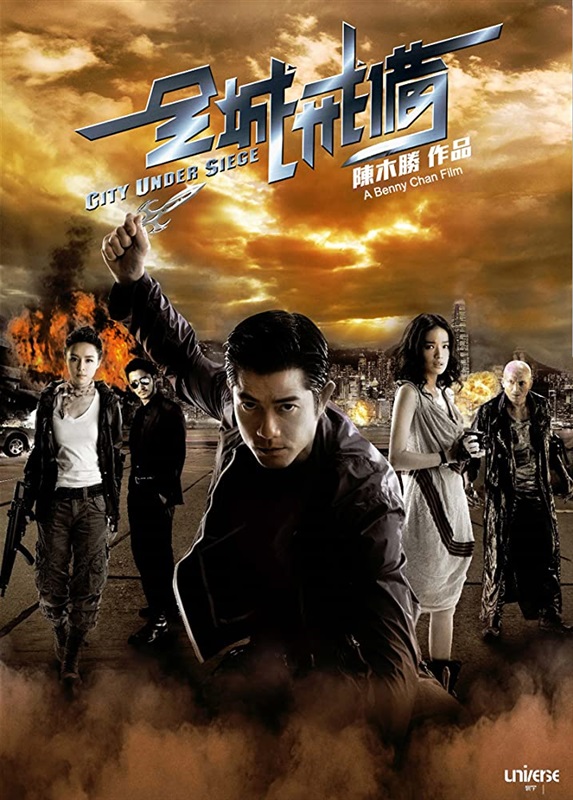 A group of circus performers are accidentally exposed to Japanese biochemicals from the World War II when looking for gold, and rapidly become super-strong but horribly disfigured mutants... all except for simpleton wannabe knife thrower Sunny (Aaron Kwok), who gets the strength without the hideousness due to... some reason or other.

The ugly mutants go on a rampage in Hong Kong, using their super-strength to rob, murder and generally get up to mischief, whilst after a brief spell being horribly fat, young Sunny becomes a have-a-go hero and strikes up a relationship with beautiful reporter Angel (Shu Qi).

It takes a special kind of person to watch Black Mask 2 and conclude "the world needs more films like that!", or to think "Terence Yin is an actor", or indeed to think "Benny Chan is a talented writer and director". I really can't imagine who would believe the latter, other Benny Chan himself, but he does keep getting quite large budgets to work with so unless his rich grandmother is financing them I guess he's somehow managed to convince others of it. To be fair, his films have mostly been quite successful - though largely due to Jackie Chan apparently being one of those who believe in Benny's ability.

City Under Siege, or as it's called in the UK "Assassin: City Under Siege" (for absolutely no discernable reason whatsoever - perhaps somebody's brain melted after watching the film, and they decided that randomly following words and concepts after each other was the new normal) is truly a bad film. It's terribly written, terribly directed, and for the most part terribly acted. Things start off full of cheese and poorly plotted, and just get worse from there. By the end there's barely a scene goes by without invoking responses of "Why are they doing that?", "What were they trying to achieve?", "Didn't they think this through for even a moment" and "wow, that was some really poor acting right there". Poor Aaron Kwok, who has worked diligently to develop some degree of respectability as an actor despite all the early evidence that it was not a talent that came naturally to him, seems to have regressed 20 years overnight, or is just woefully miscast and mishandled. This is probably his worst ever performance. Shu Qi, another one who struggled to achieve credability after debuting and being summarily dismissed as a ditzy airhead only fit for soft porn roles, also flounders in a role that to be fair gives her precious little to work with. Ngai Sing, who generally fares well enough when he's used properly - i.e. required to look somewhat stoic and serious and kick somebody's ass - is the worst victim of miscasting and a director who can't handle his actors. His overacting becomes truly painful to watch as more and more layers of latex and makeup are applied to his mutating body, until you just feel pity for the guy.

The one thing that Benny Chan does unquestionably know how to do is stage some big action set pieces, and this is where City Under Siege scores a few points. Having Ngai Sing & Wu Jing go toe to toe is clearly a good idea, as that is what they are good at. The super-strong mutant angle gives the choreographers Ma Yuk Sing and Nicky Li a good excuse to show off their wirework, but they also remember to have some more grounded action where the performers get to show off their skills. The staging of the fights is quite imaginative and dramatic, though I couldn't fully enjoy the final showdown in and around traffic because I couldn't stop thinking "Why the hell are people still driving along normally when all this is going on around them?", largely because by that point I'd decided that the most fun that could be extracted from the film was probably by going into snarky critic mode and picking it to pieces... a task which, unfortunately, offers absolutely no challenge.

Oddly, bad as it is, watching City Under Siege has had the entirely unexpected effect of making me want to watch Black Mask 2 again... probably just to remind myself how bad it is, and to confirm that CUS is not quite _that_ bad. Perhaps it's just the timely reminder that you have to watch something truly dreadful every so often to remind yourself that overall, most films aren't really that bad.