Directed by
Genre
Nearly a classic 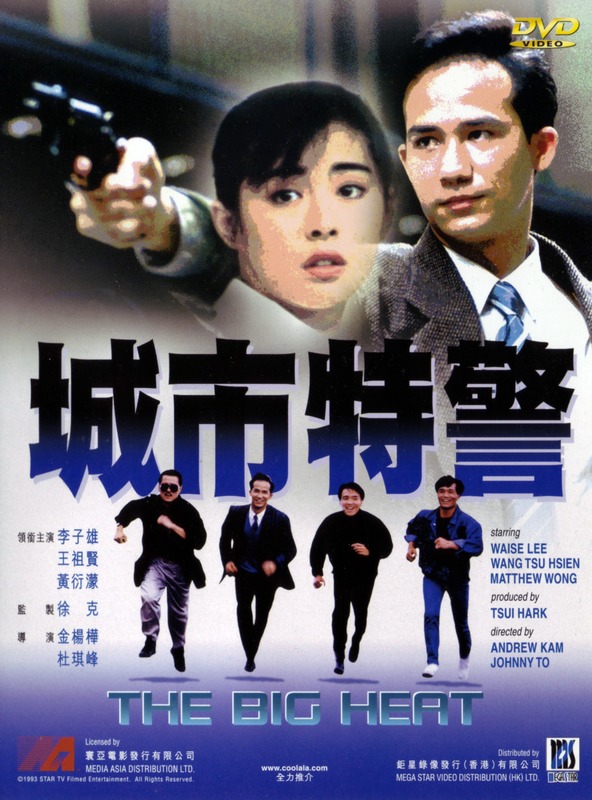 Tsui Hark produces and Johnnie To directs this classic tale of hard-boiled cops and powerful criminals who might be above the law, but aren't above justice (Hong Kong style).

Waise Lee plays the detective who wants to crack the proverbial 'one last case' before retirement, with Wong Hin-Mung as the rookie with a weak stomach and admirable support from Kuo Chui and Lo Ging-Wa as the ice-cool action cops with an unspoken respect and affection under the competitive appearance of their relationship. Paul Chu is truly fearsome as the ruthless villain, and Joey Wang is... cute as a chipmunk (sorry, but she really does look like one - she must never have babies with Donnie Yen!).

The film opens with a shocking image of a power drill piercing a hand, in quite convincing detail. It's just a nightmare/metaphor for Waise Lee's nerve condition, but it sets the tone for the film effectively - one of the most violent and cynical films Hong Kong has produced. It's reminiscent in more ways than one of the recent SPL, and the appropriation of the name from Fritz Lang's at-the-time-shocking noir is... appropriate. The film is quite openly influenced by Robocop too, with several moments of violence essentially stolen from Verhoeven's still-shocking work. This is mostly at the start of the film... as it progresses it shifts more towards Hong Kong style gunplay action in the John Woo style, but never gives up on its mission to up the ante for violence. There is some fantastic gunplay in the film, grittier and less stylised than Woo's, but just as 'ballistic'.

The film is just as intense in its narrative and atmosphere as in the action, genuinely 'thrilling' and dark as it sucks you into the characters' situation, making you care for the relatively-good guys and despise the undeniably-bad guys. There's very little 'fluff' or wasted screen time (Tsui Hark's tacked on cameo at the end being the major exception!).

I first saw the film years ago - one of the first DVDs I imported when I joined the digital world, as it happens. I wasn't all that impressed at the time, though the level of violence/gore definitely stuck in my head. I hadn't re-watched it until this very night, on the new DVD from Joy Sales. Maybe it's the anamorphic presentation (even though it's not 'remastered'), maybe it's the retranslated subtitles, or maybe it's just that they didn't screw around with the audio to make it 5.1 (can't remember how bad the old Megastar DVD was in that respect, but their record was not good)... maybe I'm just older and wiser now. Whatever the reason, I am sure I appreciated THE BIG HEAT much more on this viewing. Waise Lee is still a terrible actor, even in this (one of his best efforts), but the film is so intense and uncompromising that he can't destroy it. If Chow Yun-Fat had been free (and affordable) there is no doubt in my mind that this would be held up as one of the all-time classics of HK Cinema's 'Golden Age'. My new evaluation is that it comes pretty darn close anyway.