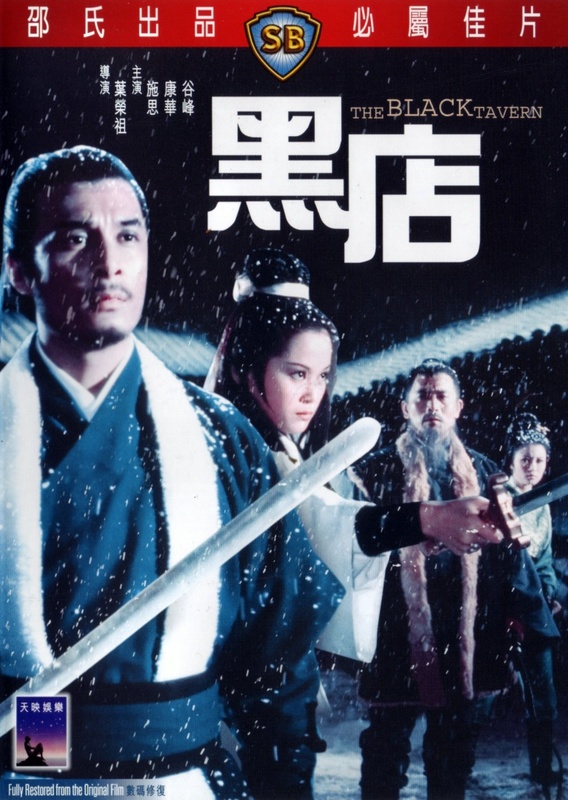 Rumour has it that an official is transporting a case full of wealth through the area, and various groups of ne'er-do-wells congregate on the tavern where it is assumed the official will be forced to spend a snowy night. Their intention is robbery, but they're not the sorts to work together and split the loot between them.

It must have taken balls to make an inn-based wu xia in 1972, given that King Hu had so thoroughly made the genre his own, but director Teddy Yip evidently had cantaloupes in his pants, as he cheerfully takes ideas from King Hu's inn films but crafts a film that's no less entertaining for not being entirely original. It doesn't have the character development or attention to detail of King Hu's finest (but so few films do), but it does move swiftly and has some great, bloody action scenes.

The direction and cinematography are very good, as is most of the acting - especially Ku Feng's, as usual. 'Star' Shih Szu is hardly in the film, which is probably not a bad thing (her acting was unreliable at best) but she does earn that top billing in the final showdown. Tung Li probably gets the most screen time, which is fine by me - perhaps not a great actor but certainly a good one, and more than holds his own in the action department.

The film's fight scenes start fairly innocuously but built in intensity and imagination towards a climactic battle that is rather progressive, even calling to mind some of Ching Siu-Tung's work a decade later at times - and Hsu Erh-Niu's own work on Intimate Confessions of a Chinese Courtesan that same year, I suppose. Actually I guess the most obvious comparison would be his work on Shadow Whip the year before, what with the whip and everything.

The film can't quite claim 'classic' status since that spot was already taken by King Hu, but it's certainly worth a watch.