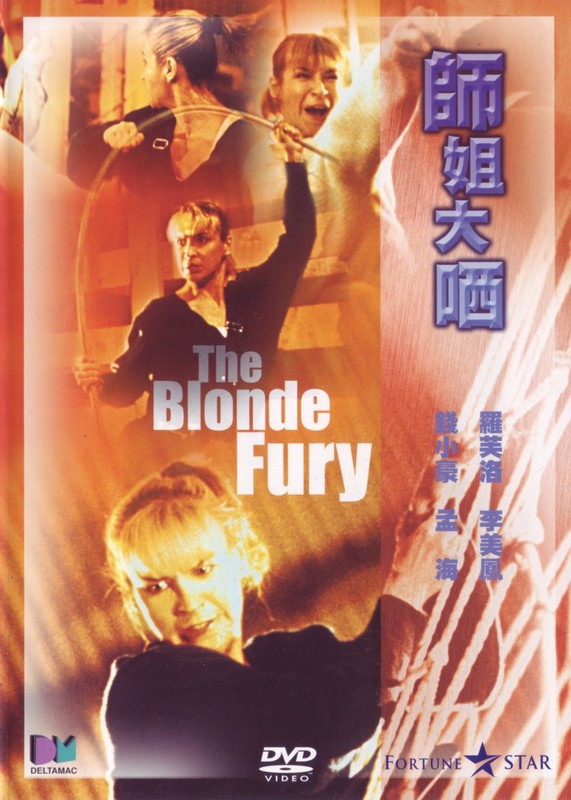 Blonde Fury is a pure and undiluted action movie, taking a thin plot and spicing it up with some easy to appreciate comedy and some kick ass action choreography. I think it's the only movie I've seen that was fully directed by one of my favourite action directors, Mang Hoi. He's the guy primarily responsible for the action in Royal Warriors and Magnificent Warriors, which feature some of my absolute favourite fight scenes. He brings with him quite the cast of fighters and stuntmen, and a few other respected HK actors to fill out the cast. The script puts Cynthia Rothrock undercover and on the case of some nasty counterfeiters, who have an unequal-opportunities employment scheme which dictates that all their employees be top martial artists. Bad for Cynthia, cool for us.

The choreography is of that brutal late 80's HK style, where cast and stuntmen get crashed and smashed into anything on set for our entertainment. Fast, inventive, intricate and with a lot of genuine skill on display.

It's actually quite a good story too, in truth - overall implausible, but it all seems to kind of make sense when you're watching it, and there are some good characters. Cynthia herself is actually quite charming here, though that might be due to a particularly charismatic voice actress on the Mandarin dub track more than her natural charisma.

Not a complicated movie, but a greatly entertaining one - and a must see for anybody who needs a good fix of action HK golden age style!