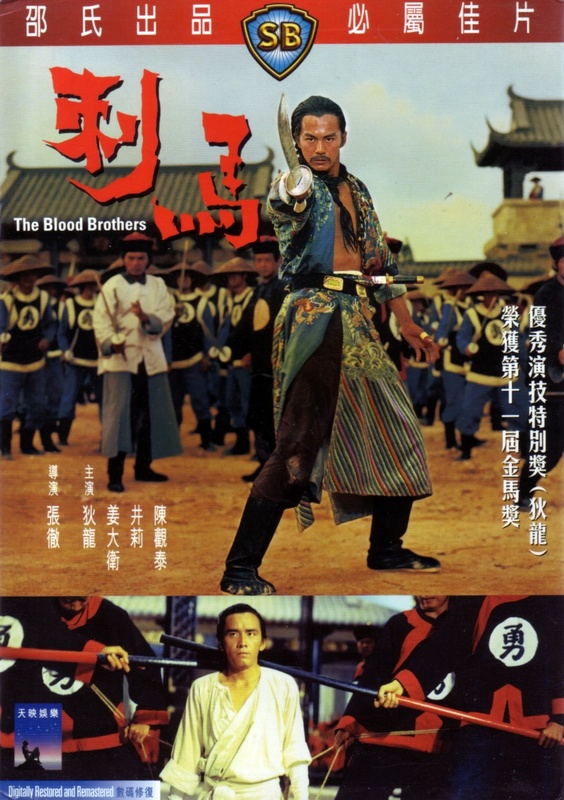 Watching Shaw Brothers movies is starting to feel like having a bunch of friends around for a movie night to me... except the friends are all actually in the movie, and they eat less pizza. This time, Chen Kuan-Tai and David Chiang star with Ti Lung, whilst Chang Cheh directs and Tang Chia and Lau Kar-Leung once again handle the fight scenes.

Chen Kuan-Tai and David Chiang play a pair of hopeful mountain bandits who become friends with Ti Lung after failing to rob and kill him. Ti Lung is a man with high ambitions (and great kung-fu). The three of them lead a raid on a gang of bandits and take over there, where Ti Lung trains the men into a fearsome fighting force. But his ambitions don't stop there - what he really wants is to be a general and lead an army.

The scale of the production is large, with hundreds of costumed extras employed for the larger battle scenes. However, writers Ni Kuang and Chang Cheh seem to have learnt a lot since The Heroic Ones and always keep the focus on the main trio, plus Ching Li as CKT's wife. The plot is hence much easier to follow, and the main characters are well developed. The story is very good, and has more depth than I've come to expect from a Chang Cheh story. It's far less focussed on machismo and heroism as well, though there's still a lot of oiled up shirtless men to be found.

All the actors give great performances, with Ti Lung winning the charisma award (and a Golden Horse award for that matter).

The movie is a lot more than just an action vehicle, but naturally there's plenty of fighting to be found. There's basically two types of fight... in some, huge gangs/armies have at each other and everybody basically just swings their weapons around and the extras try to die dramatically and in large numbers. Then there's the more choreographed and personal fights, some with weapons and some hand to hand. These show a lot more thought in the choreography and camerawork, and show the skills of the performers a lot more. The latter fights tend to be a lot more impressive, but in truth I didn't think the action in the movie was all that great.

The story is very captivating, however, and the direction is probably the best I've seen from Chang Cheh. The movie looks very good, with grand set designs and a lot of outdoor/on location work too.

The Celestial Shaw Brothers releases will probably divide a lot people into "a Chang Cheh guy" or "a Chor Yuen guy". Normally I seem to be a Chor Yuen kind of guy, but for this week's viewing (BLOOD BROTHERS and Death Duel) Chang Cheh comes out on top.