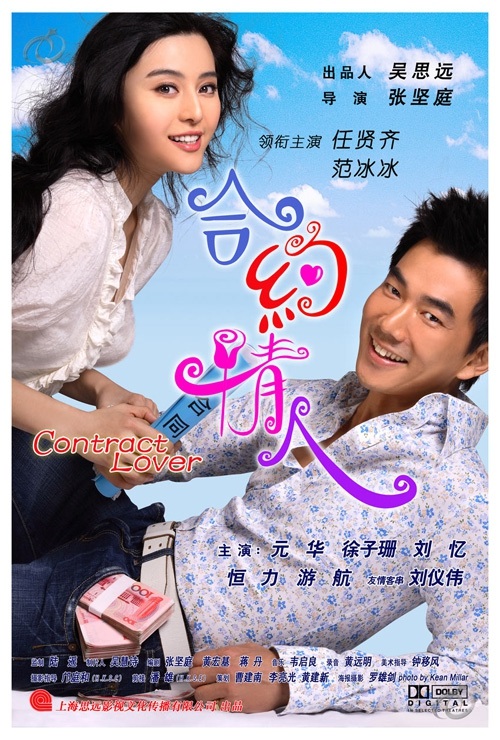 Knowing his traditionalist father (Yuen Wah) won't accept his modern, westernised girlfriend (Kate Tsui) or their cohabitation, Richie Jen hires Fan Bing-Bing to pretend to be his girlfriend, but to be far more outrageous and provocative to his father, so that the real girlfriend looks more acceptable.

Whilst predictable and a corny overall, Contract Lover is charming and full of interesting, well-written moments that make it enjoyable to watch. The conflict between tradition and modernity/conservatism and liberalism has been the theme of an uncountable number of movies, so finding anything new to say on the subject is impossible - the movie doesn't even try, but it's a harmless enough back drop for a love story that also isn't going to surprise many viewers.

The rural setting is suitably idyllic, Fan Bing-Bing surprisingly amusing and Yuen Wah cute as a baby lamb. White guy Ian Powers has one of the most interesting characters in the film - don't know anything about him, but his mandarin and his kung fu are both good.

Nothing all that special in the grand scheme of things, but worth watching if you catch it on TV (for instance).