Directed by
Genre
Some vague enjoyment to be had 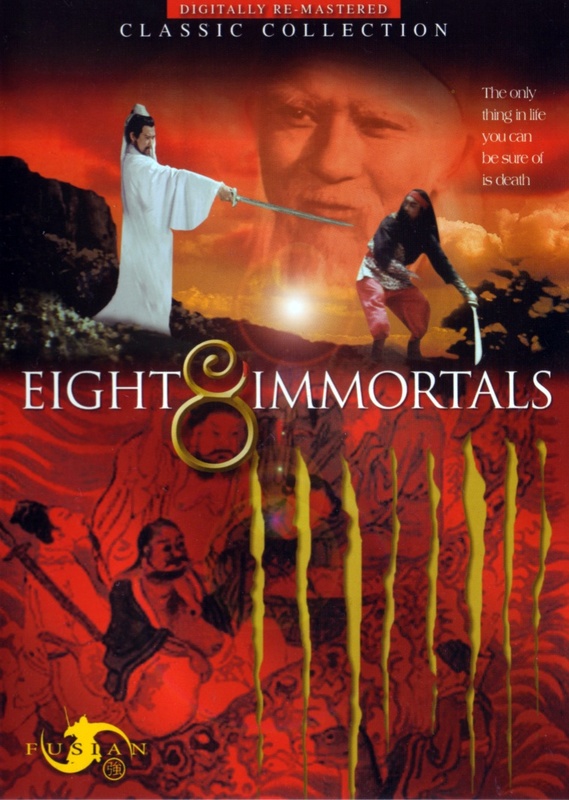 The film opens with two travelling storytellers telling a village about the 8 Immortals, handily illustrated through the magic of cinema with a little tale in which one or more of the immortals performs some benevolent act through the use of their magic powers, and perhaps a song. It's the sort of thing you might show very young children to give them a completely shallow understanding of part of their culture. I must admit that everything I knew about the Eight Immortals beforehand I learnt from Drunken Master, and I really didn't know much more about them afterwards either - less than I gained in 10 seconds of scanning their wikipedia entry anyway.

However, this is just the warm-up, as it were. Once they've been introduced the remainder of the film is dedicated to a story of the Eight Immortals uniting to take on the "Blood-sucking red demon that inhabits the mainland", in a delightfully unsubtle bit of propaganda. This part is more like a real film, with fighting and torture and what used to pass for special effects (even something of a plot, that vaguely ties together the earlier vignettes as a bonus).

The film is not especially great, even when it moves to the 'real' main feature, but does feature some well-intentioned attempts at depicting the kind of fantasy/supernatural martial arts that would become a big part of Hong Kong cinema in the 80's and 90's, which is reasonably fun to watch. The fact that the political commentary is so blatant that even I can spot it adds some enjoyment too... not enough that I can see myself watching it again any time though.