Directed by
Genre
Get the Singaporean version 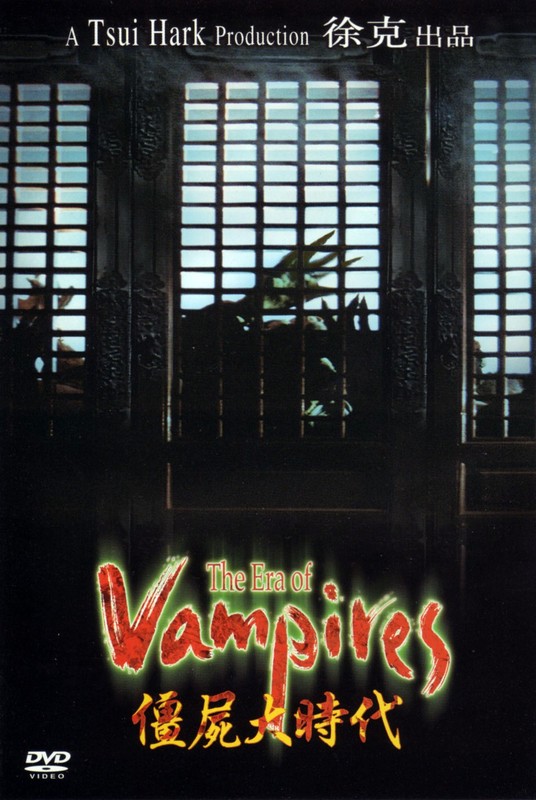 I finally got around to watching the Singaporean DVD of ERA OF VAMPIRES, which besides restoring the original title also restores the 15+ minutes that were chopped out of the Columbia Tristar version of the film. The total running time is now 107 minutes instead of... 89?

It's been a long time since I saw the Columbia cut of the film so I'm kind of vague about what was added back in, but there was a whole prologue and epilogue that I'm pretty sure weren't present, and the final fight seemed to run longer than I remembered. The whole plot seemed better developed than I remembered, though there were still some moments and scenes which required filling in of blanks, and some subplots that didn't really go anywhere - typical Tsui Hark storytelling in other words

For some reason the main vampire seemed far less cheap and more menacing in the Singaporean version than I remembered him being in the US cut. I don't remember the film being quite as gory, but scanning some reviews online they all seem to mention the word "gory", so it probably was. Don't you wish I'd watched the DVD when I bought it last September so I could make some more meaningful comparisons?

Regarding the DVD: it's anamorphic but the transfer probably isn't up to the standard of the Columbia disc - however, it's seemingly quite a bit brighter, as many reviews mention not being able to see what's happening in dark scenes on the R1, and that's never a problem here. It's not grade A picture quality but it's more than good enough. Unfortunately the sound does not fare so well - there's only a Mandarin dialogue track, but that works fine for the film. In fact, it probably gives the film a greater "gravitas" than Cantonese, which suits it better - in fact the comedy seems very downplayed in the Mandarin dub, to the point of non-existence. That's not the real problem with the sound - it's just otherwise a completely amateurish 5.1 sound mix, with horribly balanced levels that are most noticable in the action scenes, really hurting the feel of them. There just seems to be no logic applied to when a sound will be loud and when it will be quiet, and position in the surround field is sloppy at best. Some sound effects are really out of synch too - a very poor effort!

Still, with the longer running time and seemingly more coherent and serious storyline, I think that ERA OF VAMPIRES is definitely preferable to VAMPIRE HUNTERS - I certainly found the film very enjoyable this time, and only mildly enjoyable when I watched the R1 cut. It's still not a completely coherent or wonderfully told story, but there was enough there to get me some emotional investment, and the action scenes are of a pretty high calibre. A good 7/10 film at least