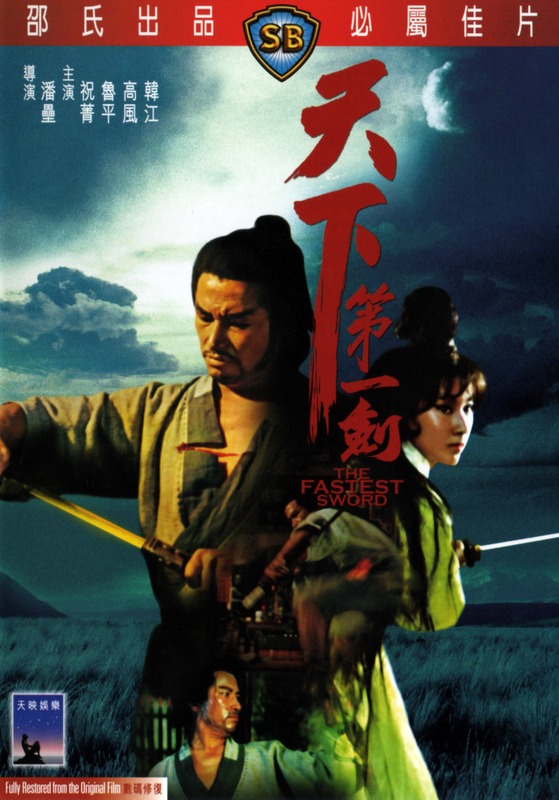 THE FASTEST SWORD tells a familiar tale - a martial artist who reaches the top of his field then realises that being No. 1 is more of a curse than a blessing, but can't escape the jiang hu because of his fame.

These wu xia films are pretty much always enjoyable, and even though The Fastest Sword doesn't have the biggest stars on or off camera, it's a solid effort with a few moments that make it stand out from the crowd. Mostly it's nothing particularly special though, and given the wealth of other films in the genre with Yueh Hua, Jimmy Wang Yu or Cheng Pei-Pei to enliven them (for instance), it's non-essential in the modern age.

One thing worth mentioning - Chu Jing gets top billing in the credits, but in the 85 minute DVD from IVL, her character is not particularly prominent or important to the plot. I wonder if there is a longer version of the film out there?